The height of political opportunism 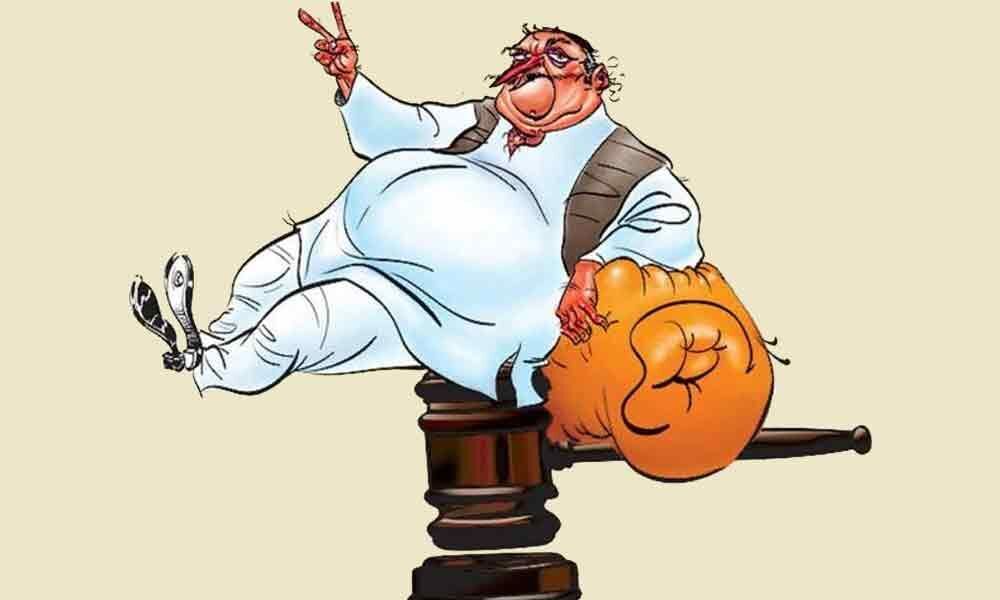 Whenever an election comes along, situations arise that fall fair and square within the realm of political opportunism.

In its extreme form, it can be seen to be bad in the sense that it shows an utter lack of integrity. In its milder form, there is nothing wrong in accepting that, sometimes, opportunities are there to be taken. This is true worldwide.

It is not that such an opportunism surfaces only in India or so. The phenomenon sustains itself due to various reasons. That is why we see the same debates raging again and again in our Assemblies and Parliament.

Only difference in it is that the Treasury benches might be speaking the language of the Opposition and the Opposition, in turn, might be appealing to the moralities and ethics of the ruling party in a given situation.

But it is also welcome. There is nothing wrong in members speaking in a particular tone and tenor depending on their status at that point of time in the legislative bodies. Real problem arises when the ruling parties try to bulldoze the minority.

Just because one has come to power with a big majority, one need not humiliate or give a dressing down to those sitting across. Power is fleeting. Moreover, in a democracy like ours, it is usually a five-year feast for the thick-skinned.

So why should such a passing phase go into their heads. A man is not known by the position he holds. He shall be remembered for his actions, his omissions and commissions. He shall be regarded for his speech, conduct and behaviour.

The kind of debates we are witnessing in the august Houses nowadays keep reminding us this factor every day. Speaking in Parliament on Monday, Union Home Minister and No. 2 in the Cabinet, Amit Shah, stated that Parliament, in the past, was doing religion-based politics and hence POTA (Prevention of Terrorism Act) was removed.

However, the statements of Amit Shah, the president of the ruling party that works on the principles of right-wing Hinduism, come as an irony.

It is everyone's knowledge that the BJP managed to come back to power for the second consecutive term with a huge majority by igniting religious sentiments and Hindu nationalism.

There has been huge public outcry against the BJP's anti-minorities policies since the party gained prominence in the country. Being the president of a party, which even resorted to demolish a centuries-old mosque in its uncanny efforts to get political power, Shah's statements come as preposterous attempt to show the already waning Opposition Congress in bad light.

There are issues of responsibility, values, accountability and, of course, consistency that cannot be ignored to discuss and comment about. Politicians should assume responsibility for their own actions rather than putting the blame on someone else.