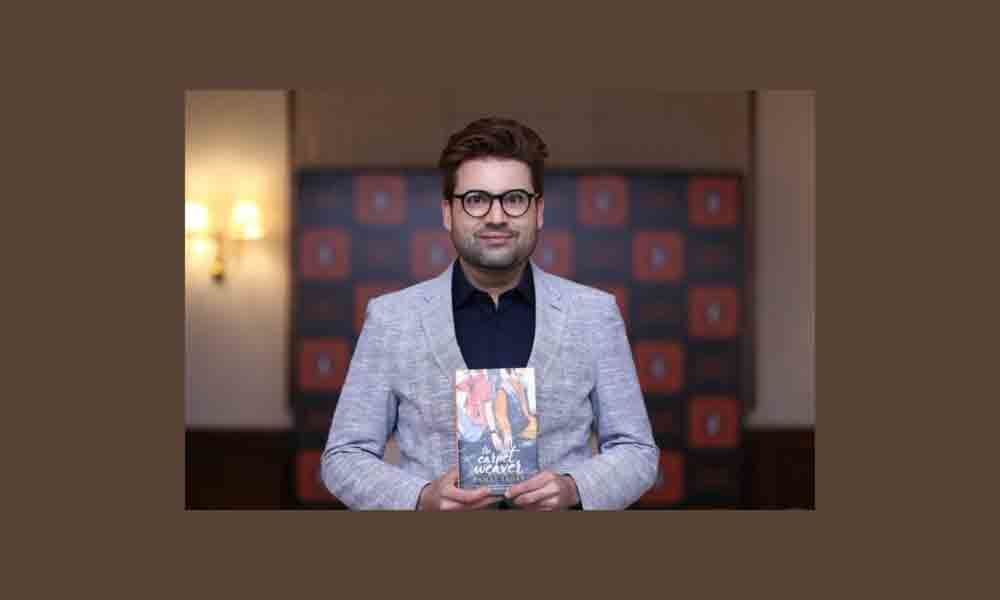 ‘The Carpet Weaver’ set around 1977 Afghanistan is the story of a young man confused with his sexuality, he learning to stand up for it and refusing...

The Carpet Weaver is the debut book of journalist and activist Nemat Sadat, who is also the first native Afghanistan to have publicly come out as gay and has been a major campaigner for LGBTQIA rights in Muslim communities around the world

The beautiful land of carpets, mountains, and vibrant culture has over the time turned into a land of strife, with politics, and war tearing it apart and destroying the fabric of the society for ever. But from the same land came great books that offered the window for the entire world to take a peek into Afghanistan and see life for what it was and what it has come to be, of families that have been separated and of lives that have been lost to politics that are much larger and far removed from them.

'The Carpet Weaver' is the debut book of journalist and activist Nemat Sadat, who is also the first native Afghanistan to have publicly come out as gay and has been a major campaigner for LGBTQIA rights in Muslim communities around the world. And rightly so his book is the story of the son of a carpet seller, Kanishka, who grows up struggling with the guilt of being attracted to boys, while his father, uncle and people around him call homosexuality being immoral, impure and anti-religious. He feels guilty of not being able to live up to his father's expectations and even while he is coming to terms with his sexuality, Afghanistan changes, and from being a wealthy carpet seller, his father, a secret supporter of communist ideology loses all his money and is killed for his politics. Life takes a U turn. From a sheltered life, the family, who decides to escape to the US, are wrongly confined to a camp in Pakistan where they along with hundreds of others are made to weave carpets that would travel across the world to be sold for millions. Kanishka makes it through the extremely distressing living conditions of the illegal camp anchoring on his memories of the boy he continues to love and hopes to one day, meet him and live happily ever after, in the land of dream, US. His love for carpet weaving, which his father once detested in him, keeps him alive and going until he finds a way out of it and makes his way along with his sister and mother to America. 'The Carpet Weaver' set around 1977 Afghanistan is the story of a young man confused with his sexuality, he learning to stand up for it and refusing to live a lie braving the harassment meted out to gay men in a Muslim country devastated by war, and his quest for what he can call his home, and his tryst with destiny. In short, the book has many layers, that are revealed to the reader in all its stark reality.

Nemat Sedat's home is America, but he is from Afghanistan. And the book is as much about Kanishka's love story as it is about Nemat's love for Afghanistan of his memories; the people, food, the festivals, celebrations, customs…"Before taking our first bite, Zaki jaan said, 'Bismillah'. We repeated the word and dug into the feast before us. My mouth came alive with the taste: crispy tandoor-baked gandana and leek, potato, and pumpkin turnovers that we dunked into a jaan-i-amma dip. I piled pan-fried chicken and mounds of zarda palaw flavoured with the peel of Seville oranges onto my plate…The author brings alive the buzz of marketplaces, aromas from the kitchens, and laughter from within the school walls of a beautiful country and the horror of how everything changes…

And along the narrative are the important political developments changing the political landscape of Afghanistan forever; like for example what is infamously known as Operation Strom – 333, but from the other side – from within homes where laughter was replaced with terror.

'The Carpet Weaver' is yet another book that reveals a country with much intensity and love.