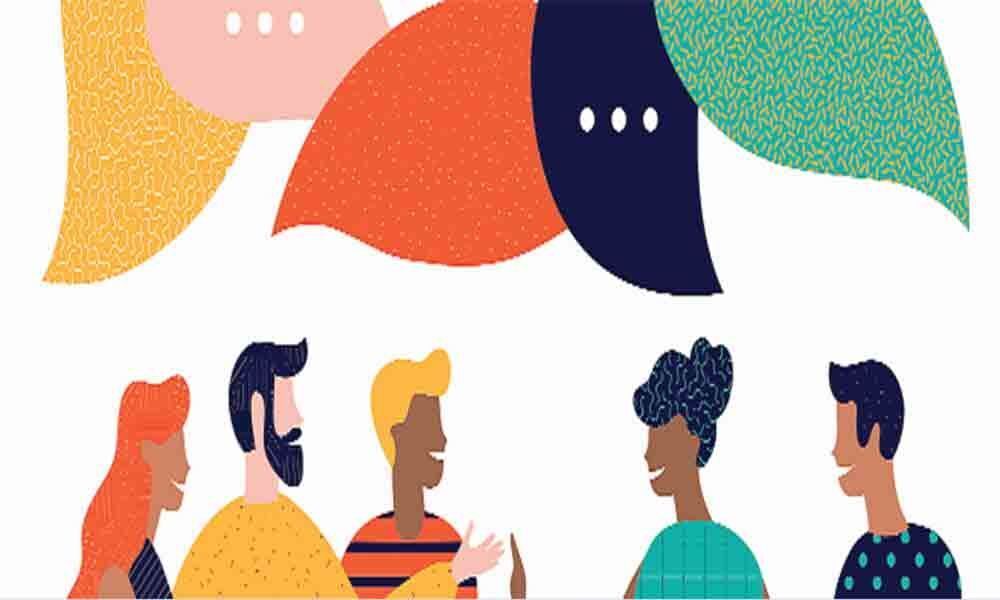 You won’t believe it, but I found the mother of all solutions?

You won't believe it, but I found the mother of all solutions?' said Subbu.

'It's deeply rooted in spiritualism,' he said. 'I read a book by a spiritual guru and got the idea.'

'All problems in our world including love, marriage, relationships, money, war…exist because of exclusion. This will solve them all.'

'Inclusion my friend,' he said. 'It ends all problems. If you observe carefully all successful leaders follow that principle.'

'Yes,' he said. 'This is how it works. Let's say we are in conflict. You want something. I want something else. Normally we fight, argue and go to court. But with this simple principle of inclusion, all I do is include you. That's all.'

'By simply saying I included you,' said Subbu. 'It's that simple. You're included.'

'Who the hell are you to include me? In what?' I protested.

'In me, my philosophy,' said Subbu. 'Now there will be no more problems. We are in the same team. It works equally well in marriages and in forming new governments.'

'Most people don't have the capacity to understand the concept yet,' he said. 'I will include you anyway, for your own good.'

'Forget about me,' I said. 'My issue is just ideological. What about a real issue? What if someone has a problem about a piece of land? How will you solve that?'

'Include the land of course. Small plots, small countries… or if your vision is big, even big countries.'

'Oh god,' I said getting the drift. 'And how will you stop corruption? Black money?'

'Include, include,' said Subbu. 'From a spiritual point of view there is no white or black. It is all money, and it's all ours.'

'Not ours,' I said angrily. 'I have different ideas, likes and dislikes, role models. I don't like you. I don't want to be included by you.'

'You can follow whatever you want,' he smiled. 'We've included them all including your role models.'

'Subbu, I think you misunderstood the idea of inclusion,' I said desperately. 'This sounds like forcible occupation or coercion. Inclusion means including voices that differ from yours. Listening to them. Not enveloping them in a bear hug and suffocating them. I think it is an insidious way to occupy people, their properties and their minds.'

'Arre baba, we don't need to occupy what is ours do we,' he said. 'That's the power of inclusion. It includes everything.'

'Who gave you the power?' I asked.

'No one needs to. It's a spiritual concept yaar.'

'Have it. Who is stopping you? As long as you feel included, you can do what you want.'

'No,' I said. 'This whole idea is claustrophobic. You've taken over my entire life.'

'Hmm, looks like you want to stand out,' he said. 'You can stand out - of the class. Remember the punishment at school? Stand out until you learn your lesson. Go to the next colony and live there. You seem to be against harmony, cooperation and unity of our society.'

'See, see, you are excluding me,' I said triumphantly. 'This is not inclusion. Caught you.'

'Not really,' said Subbu. 'We've included exclusion also. It's a matter of time before the next colony is included too.'

I headed to the cabinet which included some tranquilisers. I needed them - badly.

Deepika Padukone to Sonam Kapoor: THESE looks from the Yesterday...