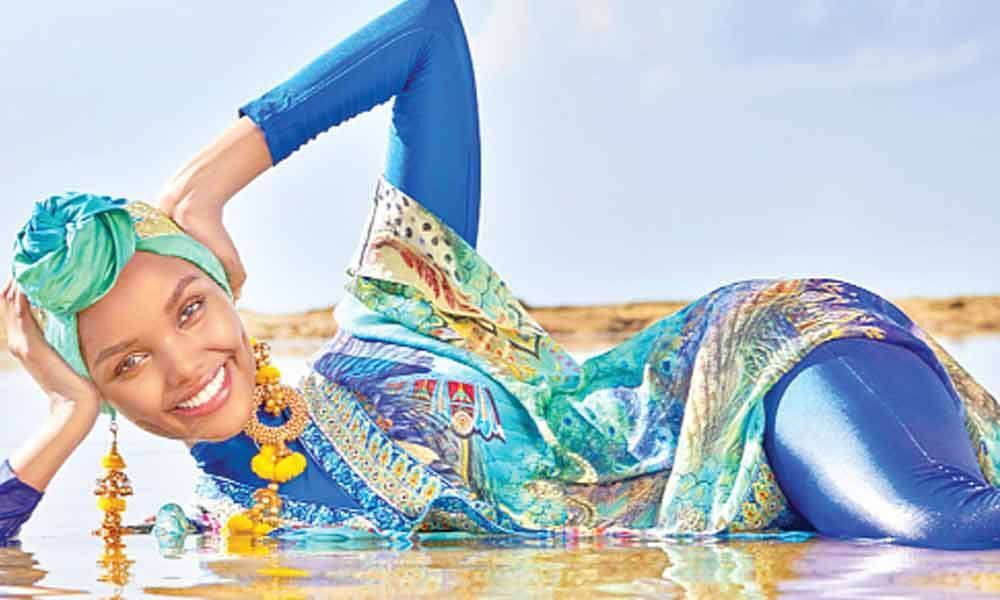 Boundary-breaking Muslim supermodel Halima Aden has made history once again by becoming the first model to wear a hijab and burkini in the Sports Illustrated swimsuit issue.

In 2016, Aden became the first contestant in Miss Minnesota USA to wear a hijab and burkini, ultimately reaching the pageant's semi-finals.

"Growing up in the US, I never really felt represented because I never could flip through a magazine and see a girl who was wearing a hijab," she said in a behind-the-scenes video of the Sports Illustrated shoot.

"Don't be afraid to be the first." Aden, who is Somali-American, grew up in Kenya's Kakuma refugee camp, before moving with her family to the US at the age of seven.

"I keep thinking (back) to six-year-old me who, in this same country, was in a refugee camp," Aden told the magazine.

"So to grow up to live the American dream (and_ to come back to Kenya and shoot for SI in the most beautiful parts of Kenya...

I don't think that's a story that anybody could make up." In March, she was one of three black hijabi models featured on the cover of Vogue Arabia alongside Ikram Abdi Omar and Amina Adan.

In April 2018, she broke new ground in British Vogue, as the first hijabi woman on the cover.