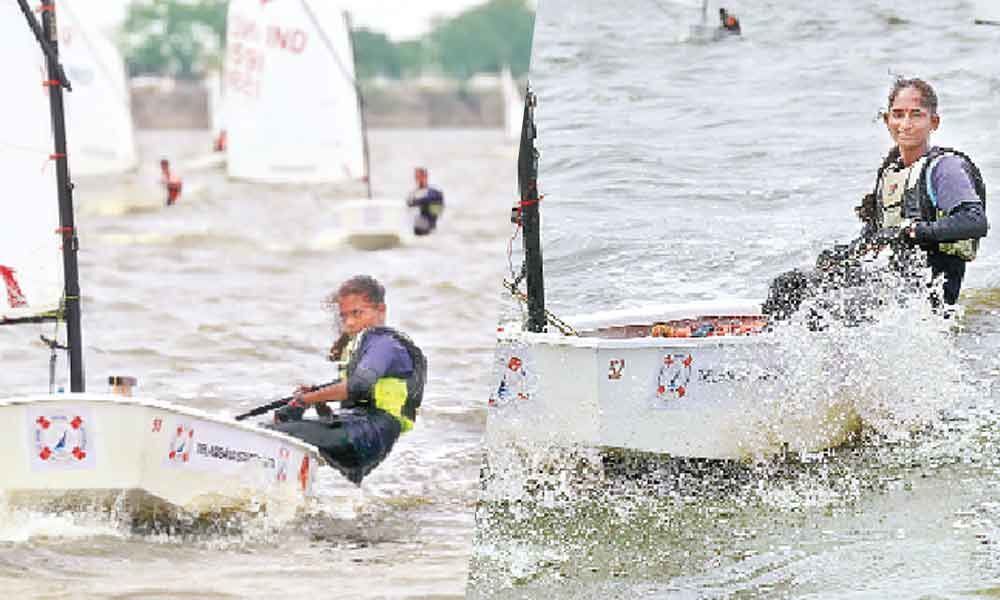 The third day of the Telangana State Sailing Regatta saw massive winds gusting to 23 knots and leading to at least 15 capsises across three races in the morning session in the Sub Junior Optimist Class.

The race officer Naveen Kumar of the AYN set longer courses and Preethi Kongara put up some stupefying performances with three straight wins.

Preethi has developed a characteristic style of hiking her boat and man oeuvres it across the course with ease despite being amongst the lightest sailors in the State fleet.

"She sailed as if possessed and took almost two-minute leads over the rest of the fleet even after two very bad starts but popped into first position within 15-10 minutes," informed Suheim Sheikh her coach.

Coming in far behind in consistent second position was compatriot Lakshmi Nookarathnam also from Hyderabad.

The Sub Juniors have three more races to go before closing tomorrow and while Kongara and Nookarathnam seem set for Gold and Silver the Bronze is up for grabs as Jhansi Priya, Ravali Parandi and Dharani Laveti battle it out for the Bronze in that order.

All said and done girl power is dominating the Telangana State Regatta and the top five are in position with not much of a challenge from the boys.

In the Junior Laser Class Sikankshu Singh outclassed all rivals losing only two wins out of 10 to his teammate B Kiran both of Trishna Sailing Club Karnataka.

Kiran gets the Silver, Nitya Balachander of Tamilnadu consistently was runner up in 6 of the 10 races was pipped by Kiran and finishes with a Bronze in the Open Category.