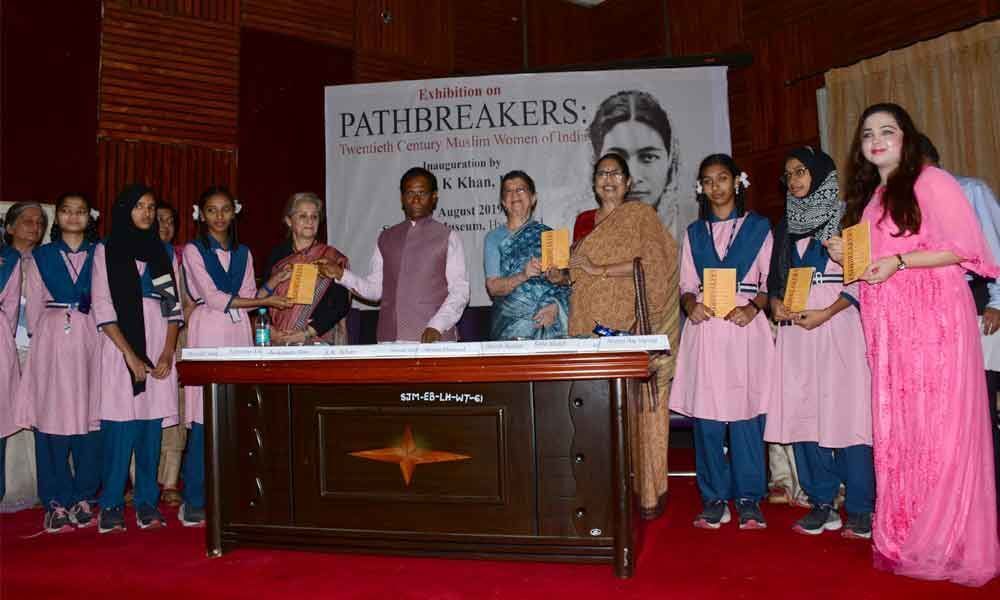 ‘Pathbreakers’;an exhibition, which was held at Salar Jung Museum, Hyderabad was all about the 20th century Muslim women, who broke barriers and contributed to building of a new India

The exhibition displayed photos of 21 Muslim women, who gave up purdah on the eve of independence and became partners in building a new India.

The main body of their work spanned from 1947 until the end of the century and has remained largely invisible, unrecognised and unsung.

"The main objective of organising the exhibition and the panel discussionis to inspire youth, especially girls and women to emulate the 'Pathbreakers', who made significant contributions for social transformation despite facing herculean odds and obstacles," said Mazhar Hussain, executive director, COVA.

There were two panel discussions that were organised during the launch. Some of the Muslim women pathbreakers of the 21st Century from Hyderabad, Syeda Falak (Karate Champion), Syeda Salva Fatima (Pilot) and Nikhat Zareen (boxing sensation) were also present for the event.

Around 450 students from TMREIS and surrounding schools and colleges visited the exhibition, which was open to general visitors.

They spoke about the contribution of the Muslim women around and after independence in the spheres of politics, education, social transformation, culture and literature.

They also spoke about aspects of governance, harmony, culture, literature etc. in the history of Hyderabad.

"During and after independence many Muslim women joined the project of rebuilding India. They became writers, teachers, artists, scientists, lawyers, educators, political workers and trade unionists.

A few became MP's, MLA's and some represented India in International forums. 'Pathbreakers' present some of these women who were at the forefront of nationalist and feminist struggles through their work and their social engagements.

They worked along with men during the most challenging times inspired by the work of Gandhi, Nehru and Azad. There were and are hundreds of such Muslim women across the country.

Hence the idea of the exhibition is also to break the stereotype of Muslim women as victims of triple talaq, polygamy, burqa, halala," says Mazhar Hussain.