Voice on the silver screen 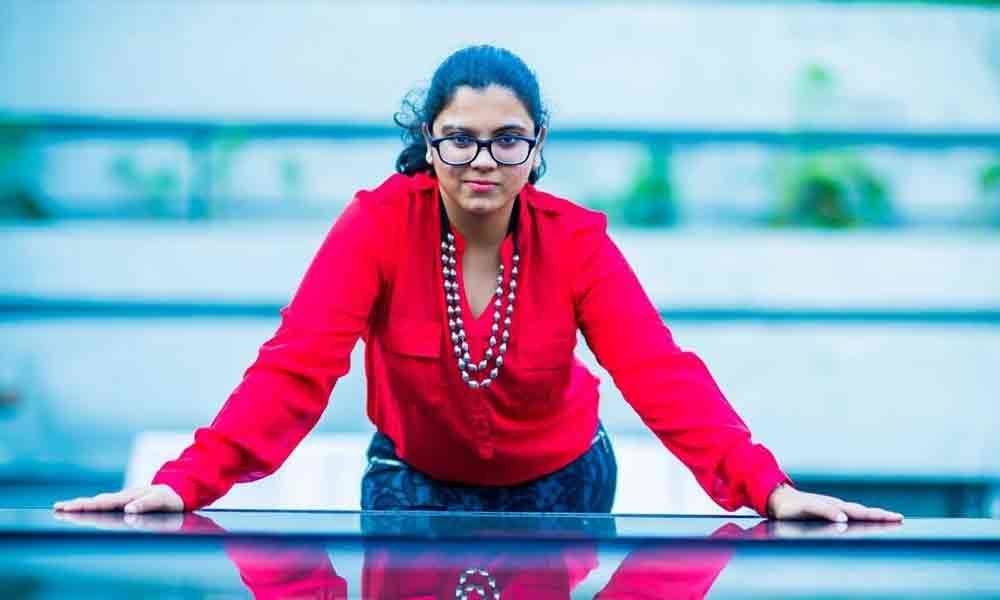 Many people give up before they reach mastery, claiming that they just don't have a natural talent. Although natural talent may have an influence on a...

Many people give up before they reach mastery, claiming that they just don't have a natural talent. Although natural talent may have an influence on a person's aptitude, this really only has a significant role in the beginning and at the end of a person's road to mastery.

A 27-year-old Tejaswi Acharya (TJ) with her unique natural power proves her incredibly talented personality as dubbing artist, candid photographer and a radio jockey and she is also a sister of the well-known Tollywood singer, Pranavi Acharya.

Speaking to The Hans India Tejaswi said she believes in the concept of life itself is an interesting challenge, be it in your professional side or your personal life. But when it comes to the professional side it involves much work and time you spend in moulding your career. She says,"I am glad and fortunate to find such support throughout my career.

I got introduced to the dubbing field when I was three years old by my Dad (TK Vijaya Kumar who is also one of the founder members of dubbing union in Telugu) dubbed around 400 films as a child artist and even now continuing in the industry." Her goal is to direct movie and shortly she will direct a movie and be the youngest director.

She said by God's grace, my comeback was rock solid with Ram Pothineni's "Kandireega" (dubbed for Aksha in Telangana accent) film directed by Santosh Srinivas which turned my career overnight. Later, it got followed by "RaceGurram" (Saloni) directed by Surender Reddy. Till now I have dubbed for the main characters and leads for around 30+ films," saysTJ.

She believes that God has been really kind towards her and hope this will get continued as long as it can roll for her. "I am and always thankful and grateful to Kanchanbabu, Prasad, BV Subbarao for extending their support to build my career around successful films. Without their help, I wouldn't have got a chance to be part of commercial films and got recognised by the industry.

I also like to thank Santosh Srinivas Hero Ram and director Anil Ravipudi, director Surrender Reddy for believing me and extended their support and time to get the accent right and get going from there," She adds.

She said that her mother is her inspiration in all things. Her mother Rajani Kantha, (home maker) who not only inspires her but also show her how it's done. TJ says,"She plays a huge role in my life and I look up to her in every turn I take in life. Be it in my photography career or Dubbing or being an RJ or a traveller. Not only as a mother but as a person I love her even the most.

I am her cub completely and trying to grasp the ideology of living the life to heart's content from her." Her message to the society is, "'believe in one thing that when you are kind, automatically it gets reciprocated' and I learnt that from my mother. I suggest everyone be kind and one thing concern me a lot is plastic pollution.

Being a responsible human, it is our duty to reduce the usage of plastic, it not only helps to save our nature but also helps in maintaining the balance of our ecosystem," She says.