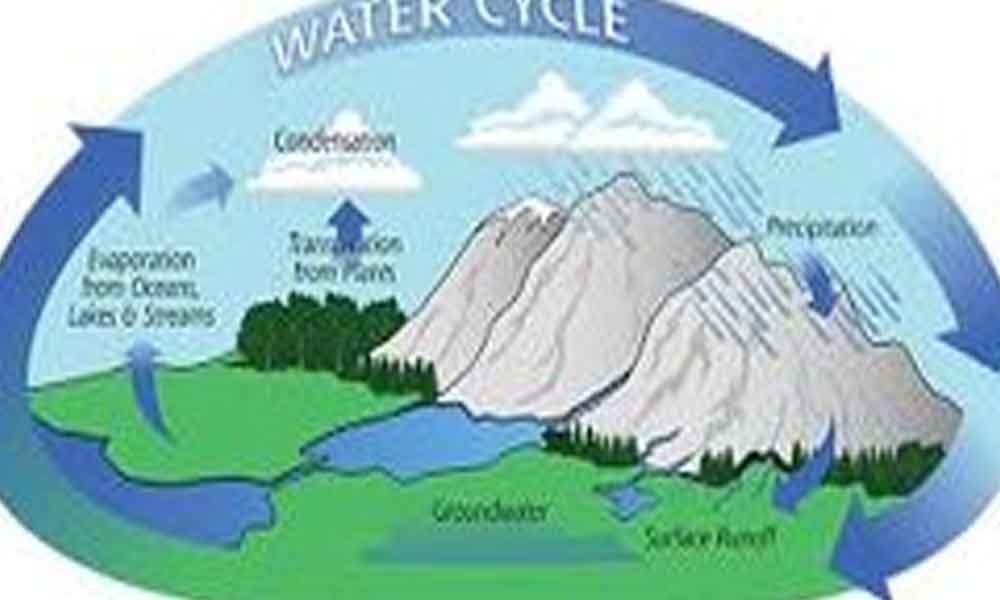 When you hear that NASA's space probes are looking for "evidence of life" on other planets, do you know what that means? They are looking for evidence of liquid water. Water is fundamental for all life; without it every living thing would die. Water covers about 70% of Earth's surface and it makes up 65-75% of our bodies (82% of our blood is water). Even though water seems boring – no color, taste, or smell – it has amazing properties that make it necessary for supporting life.

The chemical composition of water is H2O – two hydrogen atoms and one oxygen atom. The way those atoms bond together to form a water molecule is what allows water's many special properties. The two hydrogen atoms form weak hydrogen bonds with the oxygen; they attach to the top of the molecule rather like Mickey Mouse ears.

Insects that walk on water are taking advantage of this surface tension. Surface tension is what causes water to clump in drops rather than spreading out in a thin layer. It is also what allows water to move through plant roots and stems and the smallest blood vessels in your body – as one molecule moves up the tree root or through the capillary, it "pulls" the others with it.

This molecular structure gives the water molecule polarity, or a lopsided electrical charge that attracts other atoms. The end of the molecule with the two hydrogen atoms is positively charged. The other end, with the oxygen, is negatively charged. Just like in a magnet, where north poles are attracted to south poles ("opposites attract"), the positive end of the water molecule will connect with the negative end of other molecules.

Rivers are important players in the water cycle. They collect run-off from precipitation and move it back toward the oceans. Rivers are also extremely important to our society, providing us with drinking water and irrigation water, helping produce electricity, and allowing us to transport material and food by water. These are some of the reasons that most major cities in the world were founded next to a major river – Rome is on the Tiber, Paris on the Seine, London on the Thames, Cairo on the Nile, and New York City on the Hudson.