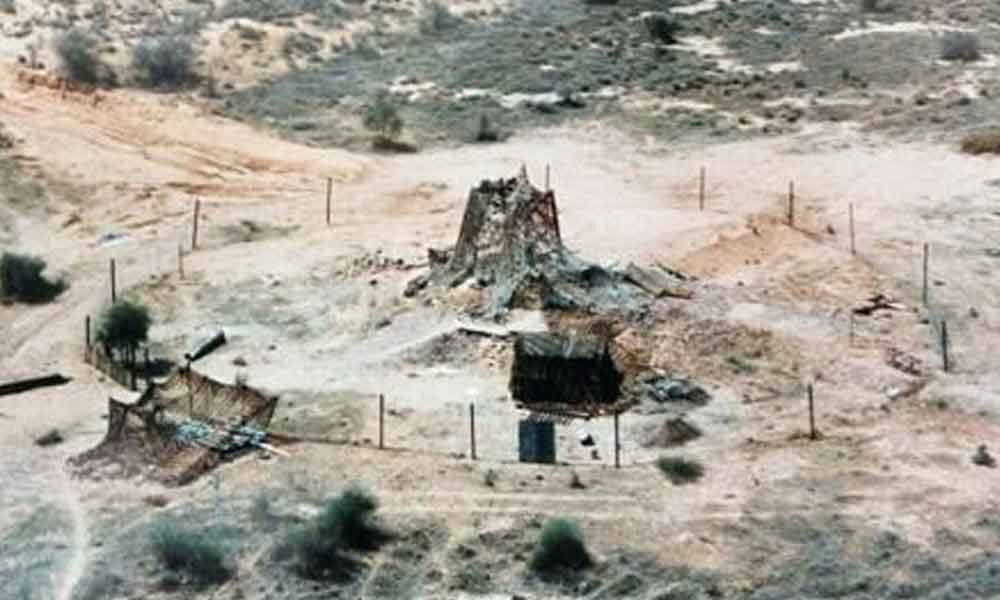 Close to the India-Pakistan border near Rajasthan's Pokhran lies a village named Khartoli where residents are slowly succumbing to cancer, perhaps paying the price for the two nuclear tests conducted in its vicinity.

However, none of the officials concerned have so far paid attention to their health travails.

India's first nuclear test was conducted under then Prime Minister Indira Gandhi in 1974 at a stretch just 10 km from Khartoli.

In 1998, the country conducted its second nuclear under Prime Minister Atal Bihari Vajpayee at a site barely 3 km from the village.

Sanwaldan Ratnoo, a resident of Pokhran, confirmed that cancer cases in Khartoli multiplied after the nuclear tests.

However, the governments of the time never took up the issue and even the 2018 Assembly elections passed off without anyone lending their ear to the pain and trauma of the people, he said.

However, we felt bad for the fact that no steps were taken to ensure that the villages in the vicinity of the test sites didn't face any health risk.

"Deformity cases have gone up in Khartoli and they can be noticed even in new-born calves.

The growth of our kids has been affected," he added. Nathuram Vishnoi, sarpanch of Khartoli village, said: "We are surprised that the site which brought national and international fame to Pokhran has been left ignored.

We have seen our kids die a silent death, but nobody has leant an ear to their cries."

"We have approached many government officials, but they just don't want to listen to us.

For decades we have been trying to draw their attention, but all our efforts went in vain. "We have submitted memorandums to many people, including Chief Ministers and other politicians, but nothing has happened.

Surprisingly, they (politicians) come here begging for votes but fail to notice our kids who have turned blind or are suffering from other deformities," Vishnoi added.

Former IPS officer Pankaj Choudhary, who is contesting from the Barmer-Jaisalmer Lok Sabha seat on a BSP ticket, said: "Many people brought the issue of 'radiation threat' to my notice when I was campaigning.

I have promised to look into the matter. However, I am shocked that none of the previous governments showed any interest in resolving the crisis."

When IANS contacted Bhupendra Kumar, the Chief Medical Officer of Jaisalmer, he expressed his ignorance about the presence of any such village under his jurisdiction.

"I just joined this work station a month back and have not heard about this issue yet," he said.

Pradeep Gaur, the head of radiology at the SN Medical College in Jodhpur, said: "I remember a professor taking up this issue and submitting a paper on it many years back.

But that was a long time ago and hence I can't recollect much on the matter."

Asked if any research has been done on this issue, he expressed his inability to recall anything concrete.

Dilip Singh, a professor in the same institute, said: "I have a feeble memory of the high court ordering a research on this subject sometime ago.

But I am not sure if any paper has been submitted in this matter."