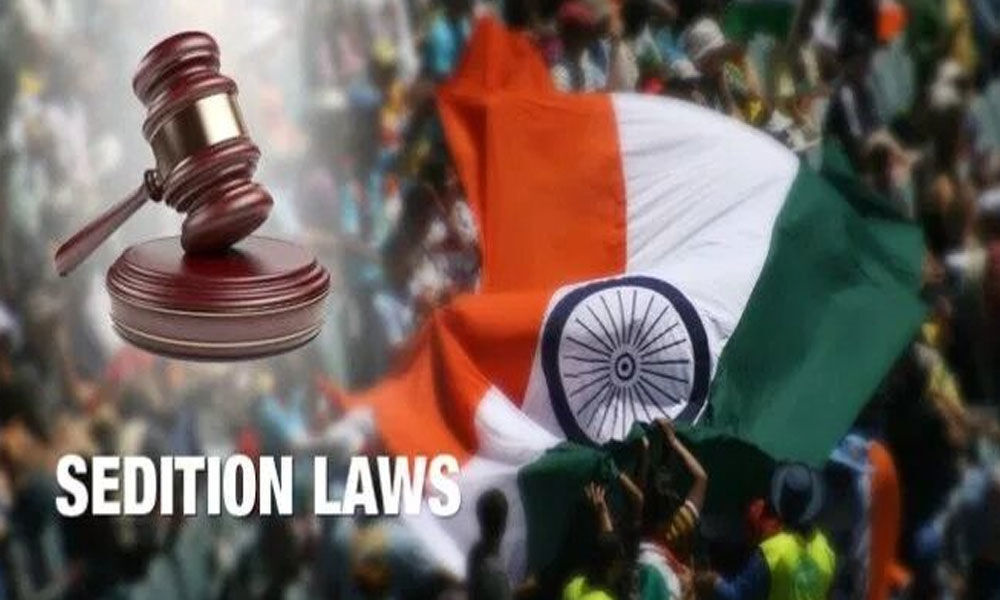 Unwittingly, perhaps, the AICC has included the scrapping of the draconian sedition law in its manifesto this time. For, the party, like the present...

Unwittingly, perhaps, the AICC has included the scrapping of the draconian sedition law in its manifesto this time. For, the party, like the present BJP in power, always loved to trample upon people's right to free expression and voice, with the same law. Thousands of cases had been filed under the law and thousands had gone to jail because of it suffering unknown hardships.

For that matter, it has become a convenient tool to beat the ruling party for the Opposition irrespective of who holds the power. In the infamous Jawaharlal Nehru University (JNU) sedition case of 2016, against the students union leaders for their 'Azadi' cry - which by any yardstick was not a separatist call like the ones that emanate from the separatist leaders of Kashmir - the ruling BJP and the so called nationalistic media supported the case against the 'tukde-tukde gang' while the Congress opposed it.

(Sadly, by 2016, even the media has drawn its own lakshmana rekha for journalism with one channel going ahead and declaring its motto as 'nationalism first and journalism next' during its launch. Next, the same channel along with a few others, quickly adopted itself to its political masters and began calling the 'other' journalism as anti-national journalism which is patronising the 'tukde' gangs. That is another story anyway).

As expected the Congress manifesto has not gone down well with the editor-in-chiefs of these ultra-nationalistic channels' who prefer nationalism to journalism and it took no time to launch a diatribe against the party for reportedly seeking to do away with the Sedition laws. A simple question here is whether this sedition law should continue to remain in our books and be allowed to be used against our citizens on frivolous grounds.

It has been used against, civil society activists, student activists, political activists, cartoonists and journalists and so on and so forth. The moment one speaks against the repression of the Governments or its wrong doings, the latter pounce upon the person and call him an anti-national. Take for example, the case of Mamata Banerjee anyone who questions her governance or style of functioning is immediately branded a Maoist and hounded out. For the Opposition she has another tag - anti-Bongla.

In the past, the agitation against Kudankulam nuclear power plant saw thousands of cases filed against the activists. In all 55,975 FIRs' had been registered against people and 9,000 of them were slapped with Sedition laws for 'waging a war against the Government of India".Thus Sonia Gandhi-led UPA earned the dubious distinction of having the highest number of sedition cases filed against people in no time.

Yet another infamous case of misuse of sedition law occurred when Kanpur-based cartoonists Aseem Trivedi was put behind bars for drawing caricatures depicting the reach of corruption in society. It was termed mocking of the Constitution instead,and called sedition.

Another of his cartoons which replaced 'Satyamev Jayate' with 'Brashtamev Jayate" with a danger sign only meant to highlight how corruption was triumphing in India and how the political class was encouraging it. At least that is what ordinary citizens understood it. But our law makers of the day and the police under them had a different view and called it a seditious content.

Can anyone say that his cartoon or caricature posed a real threat to the security of the nation? The Supreme Court had clearly stated that mere speech does not qualify as sedition. Sedition law, however, has always been misused in the country. We also saw how Tamil Nadu singer, Kovan was booked under the same provisions for singing against TASMAC (Tamil Nadu State Marketing Shops (of liquor) - shops and the Government.

Any law that gives the authorities a scope for misuse, should be treated as an arbitrary law and done away with or undergo a course correction at least says the informed opinion. If a speech or an act or a cartoon produces a spark to the powder keg, it should be treated as sedition. If it does not, should it be? Did the JNU speeches or Aseem Trivedi's works had not provoked any revolution or an armed revolt in the country. Has it? Have you seen any?

An ultra-nationalist English channel whose dubious distinction in journalism is attacking the Congress for planning to include Sedition laws in the manifesto to promise its removal. Why grudge the same? And, it has begun howling from rooftops that it is tantamount of supporting the 'tukde' gang.

Let us not forget that the practice of misusing the sedition laws has been continuing in the country. Powers that be always squandered opportunities given to them to reform the laws and make this a better country to live in for its citizens. It is time all political parties revisit the highly disturbing issue and resolve to address the same one way or the other.