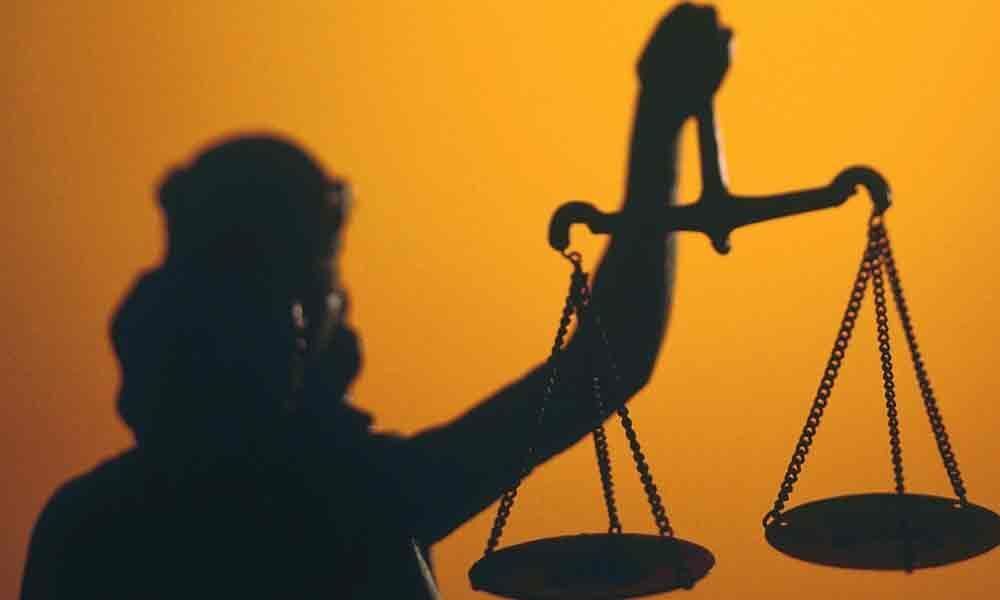 Significant among the many accomplishments to India's credit after independence has been the performance of the three wings of the State, namely, the...

Significant among the many accomplishments to India's credit after independence has been the performance of the three wings of the State, namely, the executive, the judiciary and the legislature.

This columnist had the privilege and honour of observing the trials and tribulations a member of the higher judiciary goes through, as his father sat on the bench of the Andhra Pradesh High Court for some years.

The Indian judicial system is a well-established institution that has won global acclaim. It however, has, its weaknesses, traceable largely to the complexity and enormity of the responsibility it is expected to discharge. Those include heavy pendency, delay in disposal and not being technologically equipped to respond to the imperatives of a rapidly changing socio- economic system.

That some obsolete laws continue to remain on the statute book, despite the recent massive measures taken by the government of India to repeal a great many of them, and a process that is somewhat out of sync with the contemporary requirements is some others. Difficulty in accessing its services and high costs have also resulted in the judiciary being unable to reach the marginalised sections of society, especially the poor, the illiterate and vulnerable sections such as women.

Many constructive suggestions, by way of remedial measures, have emerged in recent times, especially after the somewhat unprecedented happenings in the highest court of the land. Many eminently doable solutions exist for addressing some problems, such as wrongful implication of parties in litigation or punishing the innocent.

Any progress will be a "win-win" gain, benefiting the judicial system as well as the other stakeholders. There can, obviously, be no quick fixes or instant solutions. Any attempt at rationalisation or improvement must be unequivocally be informed by the caveat that the due process of law and other basic tenets of jurisprudence can by no means be short-circuited or compromised.

These issues have all been gone into for a long time now. The 14th report of the Law Commission of India, as long ago as in 1958, dealt with them and identified inadequate strength of judges in Courts as the main reason.

The findings of the Manudhane Study Group in the early 1980s endorsed that view and, from 1986, the staff strength of the system began to increase. These issues also figured in the 230th Law Commission report and in the April 2015 joint conference of Chief Ministers of States and Chief Justices of High Courts.

One method of easing the situation would be to explore alternative avenues of dispute settlement. The time-tested practice of village level institutions hammering out solutions to cases of civil as well as criminal nature can, for instance, be consciously encouraged.

Coverage by mechanisms already in existence such as Consumer Courts, the Income Tax and Sales Tax Tribunals, the Central and State administrative tribunals, Mahila Courts, and Lok Adalats can be expanded while also strengthening their capabilities. Increased synergy and role clarity between the various agencies at the national and State levels dealing with graft, corruption and vigilance will also considerably ease the situation.

Apart from these systemic issues, a concern that has frequently been flagged by informed observers is "judicial overreach", a practice that has, in fact, often proved beneficial for the overall improvement of the robustness of the polity as is the Golaknath case, following which verdict, the power of Parliament to amend the chapter of the Constitution which deals with fundamental rights was taken away.

The stand-off between the Central government and the Supreme Court, in regard to appointments to the higher levels in the judiciary, also needs to be addressed in an atmosphere of mutual understanding and cooperation. The incontestable position that all the powers of the wings of the State emanate from the Constitution which, in turn, represents the will of the people, needs to inform that process.

Expanded and creative use of information technology, and digitisation of registry, trial and disposal of cases will infuse transparency and speed into the system. The all-pervading malaise of corruption and graft has not spared the judiciary either. However, it would be unfair to point one's finger at the judiciary until sweeping reforms have been undertaken to rid the entire public system of this scourge.

Arrangements exist, in countries such as the United States of America, to impart finality to litigation, while, simultaneously, ensuring that the judicial system is not needlessly burdened overworked. In America there exists a dual hierarchy of courts for the State and the federal laws. The verdict of the Supreme Court is always final in matters involving the State laws.

In rare cases the Supreme Court considers special leave applications for hearing (4% to7 %), but only after circulation to all judges and 4 out of 9 have to agree. And such a facility restricted to cases where the interpretation of the provision of a federal law or the Constitution of the United States is involved. Directly invoking the jurisdiction of the Supreme Court of the United States is possible but only in the rarest of cases and again subject to the same conditions.

Judges in the USA are also provided law clerks who play a crucial role in determining the law. They prepare "bench notes" with details including references to precedents, and also prepare draft judgements. Similar arrangements can perhaps be thought of in our country also.

The time and the attention of judges are the most scarce resources. Efforts are, already, on to re-engineer the judicial process to encourage efficiently through optimal optimising the use of these key resources.

In order to expedite disposal, many legislative measures have been undertaken, meant to discourage the practice of seeking unnecessary adjournments and also to provide for provisions such as plea bargaining. The efficacy of these steps has, sadly, remained marginal.

That reforms are important was highlighted by Pranab Mukherjee, the former President of India, in a recent lecture at a seminar organised by the Bar Association of Assam said, "The second generation of reforms should now focus on continuing legal education of lawyers, judges, judicial officers, bureaucrats and academics." Mukherjee was clearly referring to the establishment of National Law Schools, which not only impart affordable but also world–class legal education, as the first generation of reforms.

An exercise was undertaken some time ago to benchmark the performance of the Indian judicial system with those in Malaysia, South Africa, Sweden, the UK and the USA. The study showed that pendency in Indian courts, particularly for civil matters, was the highest.

Following the advent of the forces of liberalisation, privatisation and globalisation, and phenomena such as terrorism and climate change, calls for robust responses to hitherto unknown imperatives. All the wings of the State have to prove equal to the challenges posed by the emerging scenario. Given the manner in which our systems have conducted themselves over the past seven decades, however, one remains confident that the task will not prove to be beyond the ability of our institutions.