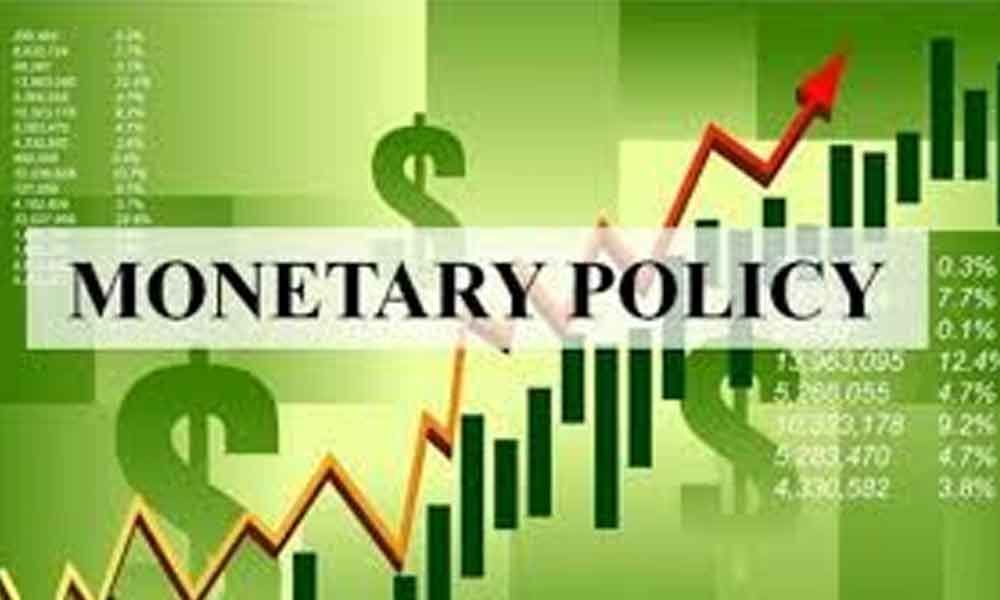 On June 6, in its second, Bi-Monthly monetary policy statement of 2019-20, RBI reduced the policy repo rate under the liquidity adjustment facility...

On June 6, in its second, Bi-Monthly monetary policy statement of 2019-20, RBI reduced the policy repo rate under the liquidity adjustment facility (LAF) by 25 basis points to 5.75 per cent from 6.0 per cent with immediate effect.

Consequently, the reverse repo rate stands adjusted to 5.50 per cent, and the marginal standing facility (MSF) rate and the Bank Rate to 6.0 per cent. Repo rate slips to the lowest level since July 2010, lowest in 9 years.

Repo rate also known as the benchmark interest rate at which the RBI lends money to the banks for a short term against securities. When the repo rate decreases, borrowing from RBI becomes less expensive. And bank lends at reduced rate.

If RBI wants to make it more expensive for the banks to borrow money, it increases the repo rate. Similarly, reverse repo rate is the short term borrowing rate at which RBI borrows money from banks against securities.

Any decrease in the reverse repo rate means that the banks will get a lower rate of interest from RBI. As a result, banks prefer to lend to people more instead of keeping their money in RBI.

MSF special window for banks to borrow overnight funds from RBI against approved government securities in an emergency situation like an acute cash shortage. Bank Rate is the long term rate at which RBI lends money to other banks or financial institutions without securities.

The MPC unanimously votes 6-0 for a rate cut, the second since its inception in October 2016.On the basis of Resolution of the Monetary Policy Committee (MPC), the MPC also decided to change the stance of monetary policy from neutral to accommodative.

This means it sees scope to accommodate growth concerns by supporting efforts to boost demand and reinvigorate private investment.

To promote digital transactions, the RBI has decided to abolish charges levied by the central bank for transactions processed in the RTGS and NEFT systems. The RBI will set up a committee to review the charges for usage of ATMs.

Draft guidelines for on tap licensing of small finance banks will be issued soon. To broaden and deepen the financial markets a forex trading platform for retail participants will be set up to make more transactions more transparent.

Of course, the rate cut comes after official's data last month showed that the country's GDP grew 5.8 per cent in the quarter ended march 31.

India lost its status as a fastest growing major economy to China, which clocked a growth of 6.4 percent in three month period. Growth is expected to decline to 6.8 percent from 7.2 per cent in 2018-19.

However, question percolates in mind that will interest rate cut spur growth. If so, why is growth declining in advanced countries which have ultra low interest rate.

Actually ultra low interest rate is one of reasons for global financial crisis of 2007-08 and rising debt of those countries. Even, besides this rate cut, RBI had also reduced the repo rate by 25 basis points (0.25 percent) each in its February and April policy reviews.

But it did not spur growth. Rather growth has been declined. It is not only private investment public investment should be given importance to enhance growth.

Now, major concern is lack of purchasing power of people which is exacerbated by lack of jobs; and health, education becoming too costlier.

India economy is still grappling to get extricated from the quagmire of downturn, slowdown triggered by draconian demonetization and hasty implementation of GST.

Only fiscal stimulus, job creation can spur growth not interest cut. However, growth is not only important but distribution of wealth is vital.

If inflationary expectation is low, interest rate may be reduced to spur growth.

But now, inflationary expectation is not low as central bank has raised its consumer inflation estimate to 3-3.1 percent from 2.9-3 percent in first six months of current fiscal.

What is paradoxical is that when RBI talks of growth, it has lowered its GDP target for financial year 2019-20 to 7 percent from 7.2 per cent.

April to September 2019-20 GDP growth forecast also cut to 6.4-6.7 percent from 6.8-7.1 percent. It means RBI indirectly admits that reduction of interest rate will have no impact on growth.

It means, interest rate has been cut without any reason. It has been done to accommodate corporate's interest not masses. Savers will be severely affected as they will get reduced real interest on their deposits.

The huge money that corporates have given to election fund of political parties will be replenished by interest cut as their cost of borrowing and interest burden will be reduced.

Had Raghuram Rajan been governor of RBI, he would not have reduced interest rate in present situation. The main conflict, spat between past RBI governors and finance ministry was on interest rate cut when it is unwarranted.

That led to exit of Urjit Patel and not renewal of term for Raghuram Rajan. But present MPC led by RBI governor Shaktikanta Das did what corporates and government wanted undermining the rudiments economics.

(The author is an Odisha- based columnist and economist. Views expressed are personal)