Need for a robust federal structure 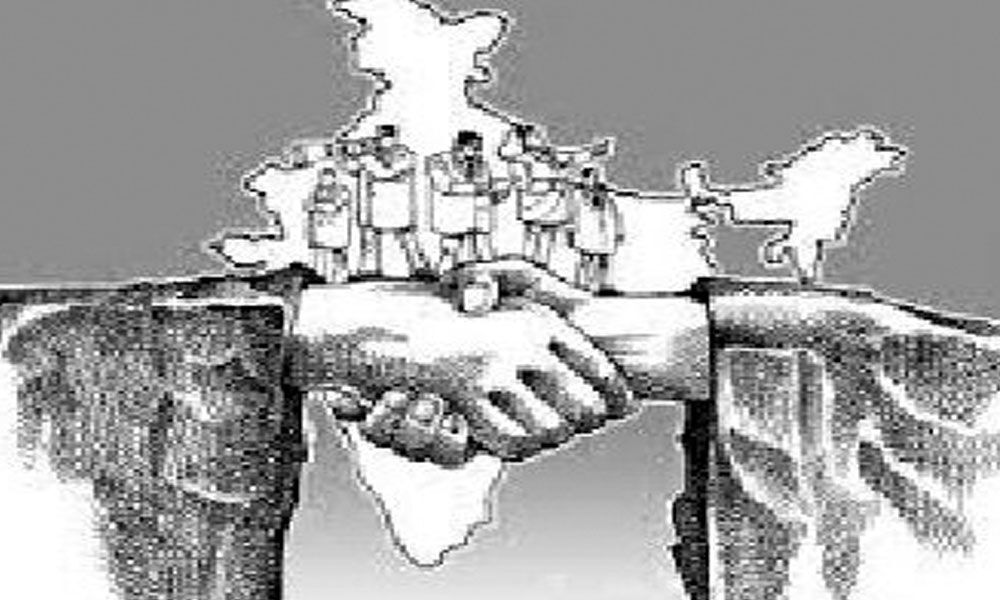 Indian Constitution has both federal as well as unitary features. The fact that there is Constitutionally laid out division of powers between the...

After the demise of stalwarts like Sardar Patel, Prakasam and others and parting of ways with Congress by people like Rajaji, Nehru for more than a decade remained the only tallest leader in the party. There was no leader or a chief minister from a state who could stand up to him and this ensured the country was run in practice more as a unitary state then as a federal one.

The establishment of Planning Commission in 1950 and substantial portions of Central government grants reaching the states through the Planning Commission, not based on as strict and objective criteria as is followed by the Finance Commission, also dented the fiscal federalism of this country.

After demise of Nehru the regional leaders within Congress tried to assert themselves in terms of a Syndicate but that was short lived and with the emergence of Mrs Gandhi as a mass leader the federal structure of the Constitution took a backseat. Article 356 was freely used to remove politically inconvenienent state governments.

The need for a robust federal structure taking care of the aspirations of the people of different regions is an important issue all through and has come in to focus with the emergence of regional parties after the 1967 elections. Karunanidhi started arguing for greater role for the states.

Sarkaria commission was appointed in 1983 to review centre-state relationship but the recommendations did not envisage fundamental changes leading to establishing a stronger federal structure. Based on the recommendations of Sarkaria Commission Inter- State council was established in 1990.

A two-party system having presence across the nation will make a federal structure a success as happened in United States of America. But in India for a long time we had a one-party rule and opposition was limited to regional parties with presence limited to certain parts of the country. Today when the BJP is becoming a national party with presence across the country Congress has collapsed yielding ground to regional parties. This is going to be a major challenge that the Indian political structure is going to face in days to come.

The regional parties with limited sphere of influence and knowing full well that they have nothing to gain in other parts of the country are going to clamour more and more exclusively for their states. The challenge is to build a genuinely federal structure which takes care of the needs of different states . A federation also supposes equal partners. In a country where certain States have disproportionately higher representation and others smaller representation cannot lead to establishment of strong federal structure.

Now that the concept of linguistic States is breaking down it is time to go for reorganisation of the states so that we have states with equal size which can be part of a strong federation . There are certain dangerous inequalities in regional development that are happening in this country. The west and the south are progressing fast where as the north and east are lagging behind. This is leading to migration and consequent social tensions in certain States. The more prosperous states always feel they have a right to their own resources whereas the less prosperous States would always look to the centre for funds to take up their projects.

In fact India is more diverse culturally language wise as compared to a country like United States of America. We may need a much more robust federal structure compared to the USA. We are more like the European Union.

In the absence of development of a strong two-party system at the national level and emergence and proliferation of regional parties we are going to see lot of tensions in days to come since most of the regional parties start batting for their narrow constituencies. In fact, today we need to sit and think the best Constitutional structure which can take care of all these aspirations in an objective manner without giving rise to friction and tensions.

Creating a robust federal structure is the need of the hour. When the Constitution was drawn up we had mature leadership. Today that is woefully lacking.