Change in strategy by TRS to counter BJP? 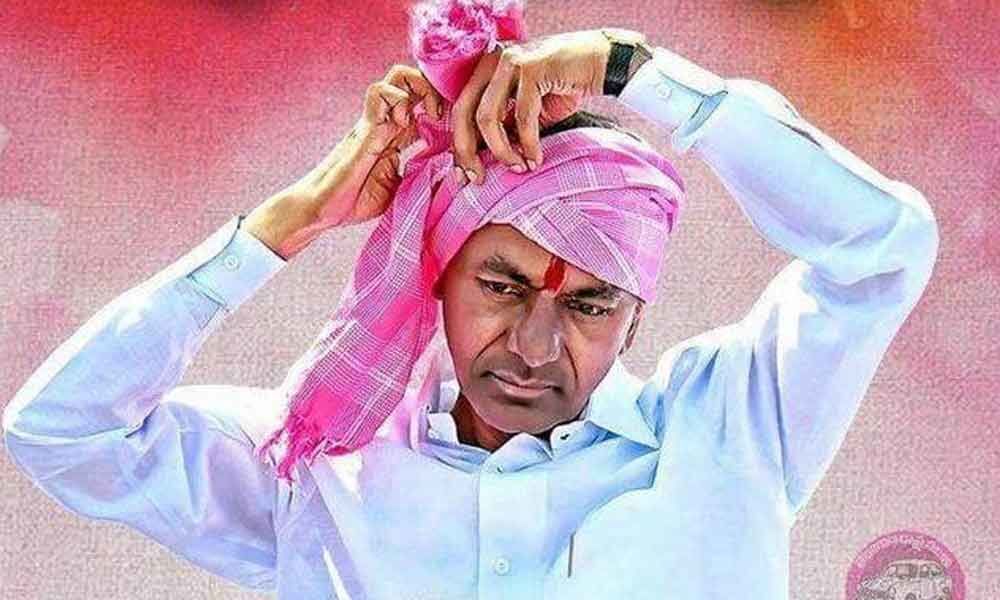 With its direct or indirect support to controversial Bills, TRS appears to be redrawing its strategy to counter BJP, which is on an overdrive to...

With its direct or indirect support to controversial Bills, TRS appears to be redrawing its strategy to counter BJP, which is on an overdrive to strengthen itself in Telangana.

In the just-concluded Parliament session, Telangana Rashtra Samithi (TRS) backed Narendra Modi-government in Parliament by either voting for the Bills or facilitating their approval by staging walk-out.

Under attack from Bharatiya Janata Party (BJP) for its alleged "appeasement politics" and for being in alliance with All India Majlis-e-Ittehadul Muslimeen (AIMIM), the TRS seems to have started reconciling to the new realities in state politics.

Analysts say the TRS president and Chief Minister K Chandrashekar Rao is apparently looking to blunt the BJP attack by backing the government on various issues including the contentious ones.

The party not only openly supported the BJP-led NDA government on scrapping Article 370 that gave special status to Jammu and Kashmir but also staged walk-out from Rajya Sabha during voting on the Bill to criminalise triple talaq, thus helping the government to have smooth sailing.

On both the issues and also on the Bill to amend Right to Information Act, the TRS took a stand in total variance with its ally AIMIM.

For its stand on triple talaq, the ruling party came under sharp criticism from some Muslim groups, who termed this as a "betrayal" and vowed to teach the party a lesson.

KCR, as the TRS chief is popularly known, did not want to give the BJP a chance to sharpen its attack and fish in troubled waters by luring some party leaders. BJP leaders have been claiming that many TRS leaders were waiting to defect to BJP.

After winning four Lok Sabha seats including the three it wrested from the TRS, the BJP is on an overdrive to expand the party base in Telangana. With the party polling 20 per cent votes, BJP sees itself as the alternative of TRS.

That Telangana is on top of the BJP agenda was demonstrated by the fact that party chief and Union Home Minister Amit Shah chose it for launching the membership drive from the State.

Several Central leaders of the party also actively participated in the campaign.

Buoyed by its best-ever performance in the Lok Sabha elections in Telangana, the BJP is apparently looking to polarise Hindu votes in its favour.

The morale of the party leaders is high as they feel they have replaced Congress as the second major political force in the State.

In an attempt to further strengthen the party, BJP's State chief K Laxman has invited Amit Shah to enrol as the party member in Hyderabad. The BJP President has also been invited for Hyderabad Liberation Day celebrations on September 17.

The BJP had been targeting KCR for not celebrating the Liberation Day and Amit Shah stated on many occasions that the TRS was scared of AIMIM.

It was on September 17, 1948 that the then Hyderabad State acceded to the Indian Union following Indian Army operation. Successive governments in undivided Andhra Pradesh stayed away from officially celebrating the day.

The BJP's working president JP Nadda is also visiting Telangana on August 18. Laxman has claimed that many TRS leaders would join the BJP in Nadda's presence.

Though firmly in saddle with overwhelming majority in Assembly, the TRS is nevertheless concerned over the rise of BJP, proved with the massive inroads it made in Lok Sabha elections.

The regional party is trying to deny any opportunity to the BJP to cash in on, especially in view of the coming elections to urban local bodies.

The BJP leaders are confident of sweeping the polls in Nizamabad, Karimnagar and Adilabad, the three Lok Sabha seats the BJP wrested from the TRS. They also hope to do well in Greater Hyderabad, where the party retained Secunderabad seat.

As the BJP was gearing up to woo Hindu voters, especially in urban pockets, KCR seem to have changed his strategy to counter the BJP by differing with his ally AIMIM over various issues.

Unlike Assembly and Lok Sabha polls when the TRS and AIMIM had undeclared understanding, AIMIM is likely to contest municipal elections on its own.

Political analyst Telakapalli Ravi, however, says regional parties play "great game of opportunism" and the TRS is no exception. "Remember how KCR outwitted BJP CMs in reaching out Modi on demonetisation.

There is no occasion when he confronted the Centre except certain symbolic fights and election speeches. His projected Federal Front was seen more as a ploy and immediately after the results he declared the BJP is not an enemy," Ravi said.

"Perhaps KCR is the only leader sailing with Majlis yet comforting Modi. Similarly, the TRS voting for 370 Bill is condoned by Majlis.

This is great game of opportunism practiced by many regional outfits including YSRCP and TDP," Ravi added.