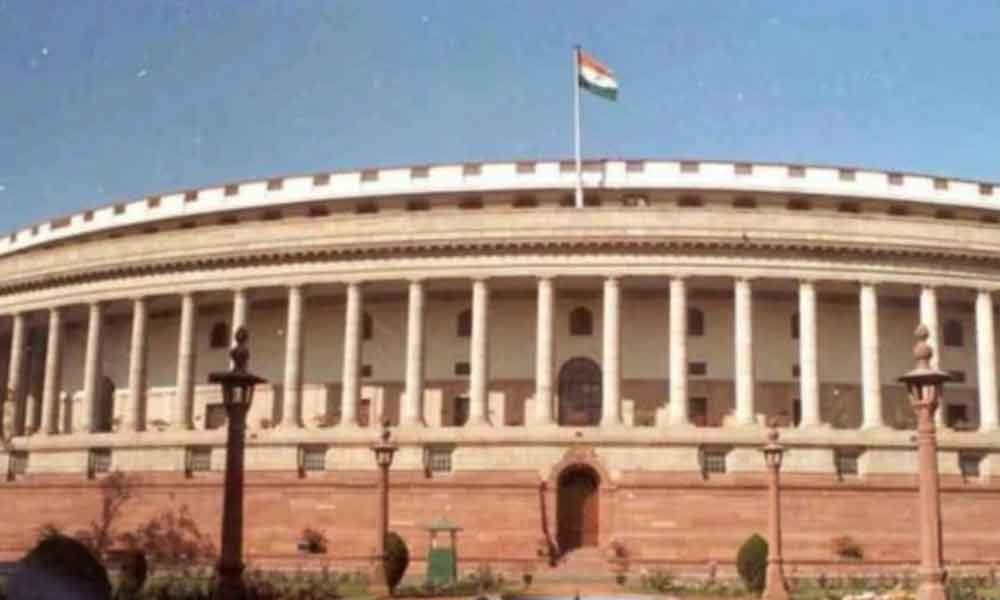 The key feature of the Bill is that there shall be a Tribunal established, to be called the Inter-State River Water Disputes Tribunal for the adjudication of water disputes.

Moving the Bill and stating the objects, Union Jal shakti Minister Gajendra Singh Shekhawat said that on account of increase in demand for water by the States, the inter-State river water disputes are on the rise.

Though the Inter-State River Water Disputes Act, 1956 provided for a legal framework to address such disputes, it suffers from many drawbacks. Under that Act, a separate Tribunal has to be established for each inter-State river water disputes.

Only four out of nine Tribunals have made awards. He said that though the Ravi and Beas Water Disputes Tribunal has been in existence for over 33 years, it has not been able to make any successful award till date.

Further, the Minister said that there was no provision in the Act fixing time limit for adjudication by a Tribunal or for any upper age limit for the Chairman or a member of a Tribunal.

There is no mechanism for continuation of work on occurrence of any vacancy in the office of the Chairman or a member of a Tribunal nor is there a time limit for publishing the report of the Tribunal.

All these drawbacks are causing delay in the adjudication of water disputes which are covered in the new Bill.

The Bill proposes to introduce a mechanism to resolve the water dispute amicably by negotiations through a Disputes Resolution Committee, to be established by the Central government consisting of experts from relevant fields, before such dispute is referred to the Tribunal.

The proposed Bill further seeks to provide for a single standing Tribunal (with multiple Benches) instead of multiple Tribunals.

The Tribunal shall consist of a Chairperson, a Vice-Chairperson, not more than three Judicial Members and three expert members appointed by Union government on the recommendation of a Select Committee.

Chairperson and Vice-Chairperson shall be either a former Judge of Supreme Court or Chief Justice of High Court. They hold office for a period of five years or till the age of 75 years.

The term of office of other Members of the Tribunal shall be co-terminus with the adjudication of water disputes and no member shall hold office after he has attained the age of sixty-seven years.

After establishment of this Tribunal, all the existing Tribunals shall stand dissolved and the pending disputes shall be transferred to this new Tribunal. Already adjudicated and settled disputes by earlier Tribunal shall not be reopened.

As and when a request is received from any State government in respect of any water dispute, the Central government shall set up a Dispute Resolution Committee for resolving the dispute amicably.

It consists of Chairperson and experts. The Chairperson shall be not less than the rank of a Secretary to government to be nominated by the government.

The experts would be persons of ability, integrity with not less than 15 years of professional experience. In addition to them, one member each from disputing States nominated by the respective States.

The committee shall try to resolve the dispute within a year by negotiations or may be extended further of six months.

Any dispute which is not settled by negotiations will be referred to Tribunal for its adjudication within a period of three months.

The total time period for adjudication of a water dispute by the Tribunal has been fixed at a maximum of four-and-half-years.

It is also proposed that the assessors, who provide technical support to the Tribunal, shall be appointed from amongst experts serving in the Central Water Engineering Service not below the rank of Chief Engineer.

The decision of the Bench of the Tribunal shall be final and binding on the States concerned, with no requirement of its publication in the Official Gazette.

The States which are parties to dispute reach a settlement during the period of adjudication of any dispute by the Tribunal, and such States submit a report on behalf of the GoI and the Central committee within a period of one month make a reference to the Chairperson of the Tribunal for ending the adjudication of the said dispute.

The settlement of the dispute by parties shall have the same status and effect as a decision of the Tribunal.

The Bill also seeks to make provision for removal of Chairperson, Vice-Chairperson and other Members on the grounds specified in the proposed provision.

It also seeks to provide for out of court settlement of disputes by the party States during the adjudication process in the Tribunal.

The Bill also seeks to provide for data collection system at the national level for each river basin and for this purpose, an agency to maintain data bank and information system shall be appointed or authorised by the Central government.

Compared to this Bill, there were a few drawbacks in the Interstate Water Disputes Act, 1956, which are addressed in this Bill. The 1956 Act did not fix any time limit for resolving river water disputes.

The Act 1956, which is supposed to facilitate inter-State collaboration over water resource development, remained a 'dead letter' since its enactment.

As far as this new Bill is concerned, as pointed out by some Opposition parties like the Congress and the Trinamool, during the debate in Lok Sabha, the proposed legislation has no provision for consultation with States which would have been there to strengthen federal structure.

It is also desirable that the Union government evolves a National Water Policy explicitly defining the status of States and the Centre as well as their powers and rights.

Couple of objections on the Bill also have been hinted by activists. They are of the opinion that, practically it is impossible for a single Tribunal, even with multiple benches that includes either the Chairperson or Vice Chairperson to resolve the disputes among States on inter-State rivers.

Another objection is distributing water which is available to distressed areas. Yet another perceived objection is removing States' power to provide data to Tribunal or bench and authorising agency or assessors who are from outside the States.

Probably it may be a right idea if Rajya Sabha, after discussion, prefers to refer this to Select Committee for further scrutiny.

(The writer is CPRO to the Chief Minister of Telangana)