Our spirit has been pipped by evil forces 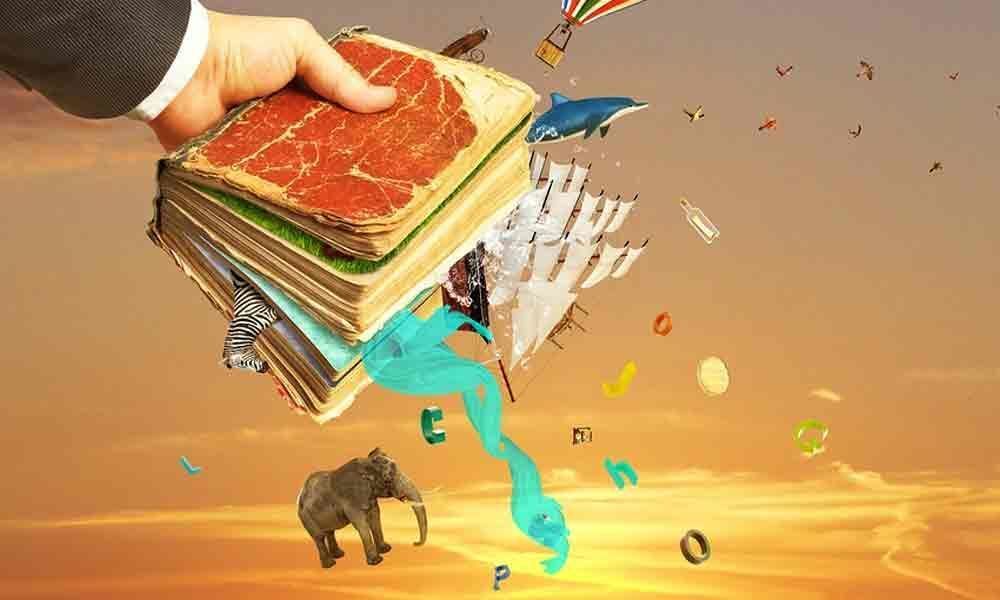 Our spirit has been pipped by evil forces
Highlights

In recent times one has witnessed a steep and alarming fall in the value system governing the character and conduct of professionals such as lawyers,...

In recent times one has witnessed a steep and alarming fall in the value system governing the character and conduct of professionals such as lawyers, doctors, engineers, architects and chartered accountants etc. besides, of course, from political leaders judges and civil servants. There have been several instances of persons belonging to such categories being found guilty of criminal offences.

As the oft quoted Greek saying goes, "Quis custodiet ipsos custodes" - or, freely translated, "who guards the guardians"? If those, who are charged with the sacred duty of preserving and protecting the sacred values of probity and propriety in professional/public lives, themselves succumb to the age old evils of temptation, what is to be the fate of those entrusted to their care? Can one blame the common public when, in the face of repeated exposure to reports of such instances, if they harbour a 'trust deficit' in the whole system?

The most distressing aspect of the present situation is that, despite the gradual introduction of privatisation, one sees, with disturbing frequency, major scams breaking out in various sectors of the economy. For example, the telecommunications and information technology sectors. Even in ancient callings, generally regarded as the holy cows of professions, such as the law or medicine, established institutions with long and formidable reputation for ensuring compliance to ethical requirements, like the Bar Council of India or the Indian Medical Council, have shown that fear and temptation can expose the vulnerability of their underbellies.

This week, we take a look at some of the cases that have recently come to light, with a view to examining how this crippling malady can be contained, if not eliminated, in the near future. An Indian doctor was sentenced to two years in prison for conducting a sex determination test of a foetus and agreeing to abort it, as law prohibits tests to determine the sex of an unborn child.

In a similar case, a doctor working in a prestigious medical institution in Hyderabad, was arrested for demanding a bribe from an equipment supplier. He was let off the hook when the government chose to look the other way on account of his connections with those in high places.

In 2009, scandal broke out when the founder – Chairman of Satyam Computers, Ramalinga Raju, confessed to tampering with the accounts of the company resulting in a Rs 7000 crore fraud. Raju and three others were tried, and jailed subsequently. The firm of chartered accountants, Price Waterhouse Coopers (PWC), also had to face disciplinary action by the Securities and Exchange Board of India (SEBI) in the shape of a ban on auditing.

The Mulayam Singh Yadav Medical College in Meerut, UP, in 2018 offered admissions against donation of Rs 15 lakh per head to underperforming applicants. The Medical Council of India (MCI) barred that college and six others in Uttar Pradesh from running the MBBS course. In Hyderabad, not long ago, a judicial officer was caught accepting a bribe for granting bail to a mining baron.

In 2010 Arvind and Tinoo Joshi, an IAS couple of Madhya Pradesh cadre, were dismissed from service after detection of Rs 350 crore worth disproportionate assets. Lalu Prasad Yadav, formerly Chief Minister of Bihar, was in 2017, convicted and sentenced to 27 years in jail by a CBI Court at Jhansi, for offences involving embezzlement of government funds meant for cattle fodder.

The inability to take a tough stand on against corrupt colleagues has proved the Achilles heel of several persons occupying high office in our country. Even such a straight shooter like Manmohan Singh, otherwise known for his impeccable integrity and spotless track record, had, perforce, to wink at the weaknesses of his ministers in the telecom scam.

Time was when those holding public office set such high standards of rectitude, and devotion to duty, that the merest suggestion of a possible slur on their reputation was enough to precipitate extreme action.

One recollects, in this connection, the great Lal Bahadur Shastri, often and rightly called the home minister without a home, who tendered his resignation twice following train accidents. Prime Minister Nehru accepted the second resignation, while making it clear that he was doing so not because Shastri was in any way responsible, but only to ensure that an example was set in respecting constitutional propriety.

Of a similar genre was the act in of D. Narasa Raju, Advocate General of the state of Andhra Pradesh in 1964, who resigned, following the setting aside, by the High Court, of a case argued by him pertaining to the nationalisation of private bus routes in the state. The then Chief Minister Sanjiva Reddy also resigned.

Another incident that will serve the purpose of reminding the country of the mettle which civil servants and political leaders of law were made of was the resignation of finance minister C.D. Deshmukh in 1952- when the Government of India proposed to move a bill in Parliament bifurcating Bombay state into Gujarat and Maharashtra while designating Bombay city as a union territory.

The area in which permitting commercial considerations to overweigh moral and ethical imperatives has the most deleterious effect on the public interest is, easily, the field of journalism. India has more or less satisfied the two conditions set by Voltaire for democracy to survive, namely, a literate public and a free press. One only wonders, whether the freedom provided to the media in our country, has not sometimes crossed the line into the realm of licence.

This columnist, while serving as a member of the National disaster Management Authority, had the bitter experience of having had to buy, for a price, space in prestigious magazines for generating awareness among the public about the "do"s and "don't"s when a natural disaster is impending.

The same periodicals which eagerly granted generous coverage to news pertaining to sex, crime, cricket and film stars, the Press Council of India headed, as it has been, by the most distinguished personalities from the judiciary and other walks of life, has had but a very limited impact on this tendency on the part of the print and electronic media.

The nation is preparing for a new dispensation to take over the reins of government. One remains sanguine that the imperative of ensuring the need for upholding the highest standards of ethical conduct will inform the attitude of professionals towards their functions and responsibilities.

One interesting idea that has been mooted in this regard, is that groups of public men be chosen to act as the eyes and ears of the government to furnish information, from time to time, on instances of suspected deviations from the code of conduct by professionals. Close involvement in that arrangement of former civil servants, military officials, academicians and professionals, from different disciplines, chosen for their record of impeccable integrity will, the proponents of the proposal feel, add a good deal of value.

When all has been said and done, one cannot help feeling that the spirit of our nation has been neutralised by repeated onslaughts of the evil forces of deceit, selfishness and greed. Imagination boggles at the thought of what the future will be if the soul of the body politic is not cleansed thoroughly.

The answer perhaps lies in educating the generations to come about the importance of values, a task in which parent and teacher will alike have a major responsibility to shoulder. For which paradigm to obtain, in turn, the institutions of parenthood and tutor, as also the content of the present educational curriculum will, themselves, have to undergo a complete overhaul and transformation.