We need sweeping reforms, not doles! 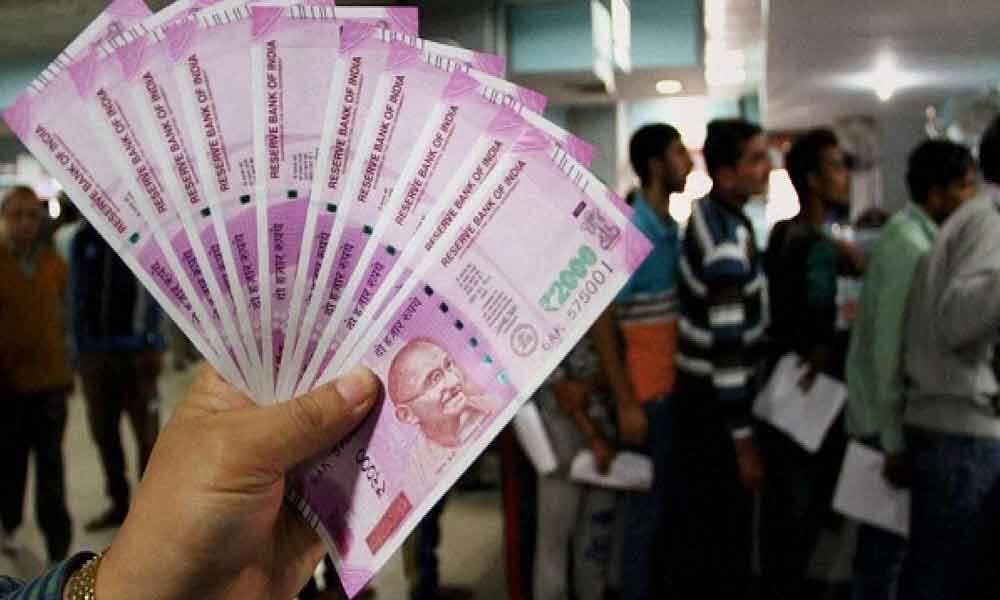 As I walked down the corridor to meet my counterpart (the late CS Rao) in the Finance Department, the thought struck me that my walk was similar to a plane landing.

It was the year 1990. I was the Planning Secretary to the government of (the then) Andhra Pradesh State. As I walked down the corridor to meet my counterpart (the late CS Rao) in the Finance Department, the thought struck me that my walk was similar to a plane landing.

Planners live in the clouds, dreaming of great achievements, and finance guys are down there, with their feet firmly planted on the ground. Nothing like moving from my room to Rao's room, I thought to myself, to experience the transition from fantasy to reality, especially if one was intending to have a discussion on finding resources for the annual plan of the State!

This week let us take a look at the manner in which substantial part of the financial resources at the disposal of the governments in this country – national and State – are utilised and also how they impact different regions, people, and sectors of the economy. This is interesting and important, particularly in the context of the competing promises being made by various political parties in their manifestoes during the ongoing election campaign.

Sunshine, for instance, is available to all living beings – humans, birds, fish and animals. It can cause harm, like, for instance, resulting in mild sunburn to causing lethal heat strokes. On the other hand, it can also be used for many productive purposes - from photosynthesis producing chlorophyll to generating solar energy for an entire city.

How much good results or how much harm is caused, however, depends on the strength and ability of the receivers. Poor and weak people, for example, may not be able to protect themselves from the harmful effects. On the other hand, they may also not be able to make full use of the benefits available as they lack the awareness and ability to access them.

For instance, a person who is given a subsidised gas cylinder may lack the ability to buy a stove to go with it, have a place to keep it or to protect himself against fire accidents etc.The resources available with the government are somewhat similar in nature. They can be applied to many productive purposes and can also, if utilised inappropriately, prove harmful to the public interest.

Such harmful effects are sometimes referred to as negative externalities. And, just as in the example I have cited, the good and the evil impact on regions, sectors of the economy and sections of the people depending on various factors. Take, for instance, the case of the front-ended fertiliser subsidy (Rs 74,986 crore as per 2019-20 BE). Given the manner in which it is administered, there is no telling where the benefits will end up.

For all one knows the bulk of it may be benefiting crops like tobacco or chilies, or reach prosperous areas such as Punjab, Haryana or Western UP, or be used by rich farmers for growing expensive plants in greenhouses – none of which could have been the original intention of the government. The highly pernicious practice of writing off farm loans by governments is another such example.

So, for that matter, is the distribution of cash pro rata to farm holdings – a programme that is unfortunately gaining increasing popularity in recent times. Subsidies in supply of water and electricity to the farm sector are also of the same genre as there is simply no way of ensuring that they are targeted, back ended or transparent, and, importantly, are recklessly wasted, because they are free of cost.

Such measures, while undoubtedly improving the living standards of people, have also widened income gaps not only among individuals but also among various sections of society. There are many other highly dangerous doles which are handed out by the Central and the State governments from time to time largely in order to attract, and secure vote banks, which crowd out valuable space that can be occupied by provisions that can leverage investments for important and neglected areas such as economic and social infrastructure as well as internal security and external defence.

One calculation has it that the food and fertiliser subsidy (amounts to Rs 2,59,206 in 2019-20 budget) alone, if withdrawn over a period of five years, can be diverted to complete all the incomplete major medium and major irrigation projects in the country.

Take, for instance, the announcement by the government of Andhra Pradesh of an unemployment allowance of Rs 3000 per month to all above the age of 18 who have studied to the level of the intermediate course. If a boy and a girl, both of whom qualify for this dole, were to get married and live with the parents of the boy who, in turn, are eligible for old age pensions. The family can live comfortably for the rest of their lives without making any contribution whatever to any productive cause!

The Congress (I) party has gone further and promised that, upon being voted to power, it would ensure a minimum cash dole of Rs 6000 per month to each family – to 20 % of families below the poverty line. Prima facie, one can have no objection to such interventions, provided adequate arrangements are made to ensure that the beneficiaries put the assistance to productive use.

While several methods of ensuring this can be thought of, putting in place of a mechanism - with the district administration in the lead, and comprising the department concerned of the State government, a representative of the Lead Commercial Bank in that district, and a person representing a reputed voluntary organisation working in that area, comes to mind.

Such a mechanism could then ensure that the transferred amount is applied to essential purposes such as the payment of children's school fees, buying medical insurance, crop insurance, paying the ration shop etc. If necessary, the beneficiaries could be asked to shortlist their preferred options from among these choices. The payment could, in fact, be made directly to the agency concerned.

The Mahatma Gandhi National Rural Employment Guarantee Scheme is another example of a well-intentioned programme implemented badly and leading to massive wastage of precious resources for unproductive purposes. Not only is the programme increasing rural youth to remain idle while being compensated for it, but also other activities, such as seasonal agricultural, operations, badly in need of productive labour, are suffering from a shortage of hands.

And the age-old adage that one must cut one's coat according to the cloths also given a go by the governments, with the result that unbridled growth in the fiscal deficit (which is at 6.5 percent for both union and States together and is amongst the highest in G-20 countries) is straining the already precarious financial situation of the country in the international circles.

Governments, national and State, need to adopt proven financial and administrative practices and balance short-term gains with long-term goals to achieve sustainable development objectives, such as inter-generational equity and an and building an inclusive India. A new genre sweeping reforms, across the industrial, agricultural and financial sectors is the need of the hour.