Ozone started Depletion what If it disappeared? 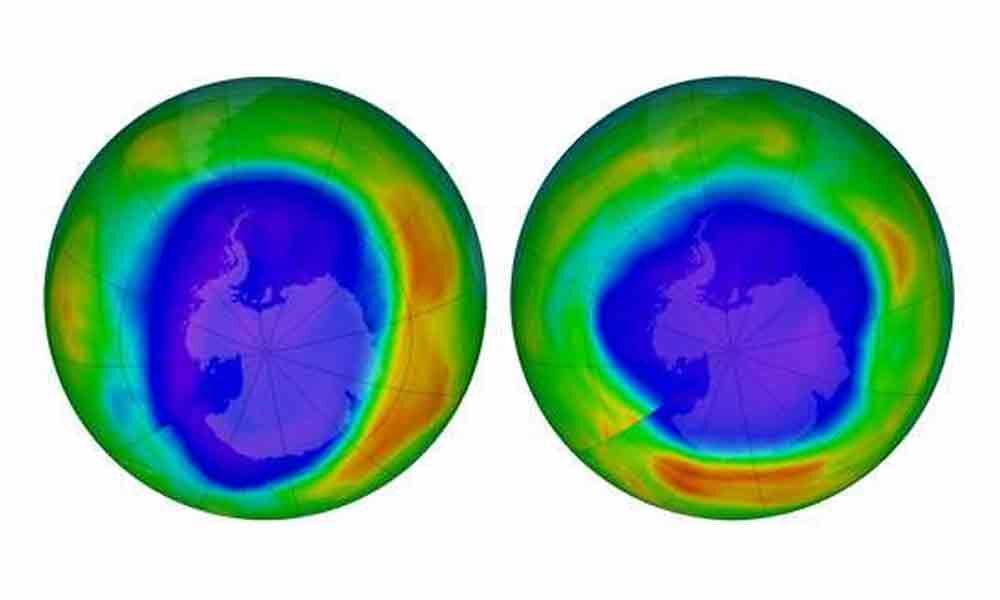 This natural sunscreen, known as the ozone layer of Earth, absorbs and blocks most UV radiation from the sun.

This natural sunscreen, known as the ozone layer of Earth, absorbs and blocks most UV radiation from the sun. Without this barrier, all radiation would reach Earth, harming plant and animal DNA, just like us humans.

The rate of skin cancer would rise, but we may not even live long enough to experience the cause of death. Within days of the disappearance of the ozone layer, many plants will die.

The sun's radiation intensity would make photosynthesis—a process through which plants convert light energy into chemical energy to fuel their growth—an impossibility for all but the largest and slowest-growing flora. And, eventually, even these holdouts, mainly massive trees, would also die. The food chain would collapse without plants. Herbivores would die of hunger.

Omnivores and carnivores have been able to feed their bodies for a while, but their food supply would diminish and cause widespread extinction. So where exactly is the ozone layer, and how does it work? A layer of ozone gas acts as a shield surrounding Earth, ranging from 9.3 (15 km) to 18.6 miles (30 km) above its surface. The ozone layer, known as 03 or trioxygen, is filled with ozone, as one might suspect.

Ozone is not necessarily stable despite its protective powers, and reducing ozone to its base elements does not take much. Take, for example, chlorofluorocarbons (CFCs). Once used as refrigerants and aerosol-spray propellants, these synthetic chemicals travel to the upper atmosphere, they begin a chain reaction that spells disaster for the ozone layer.

Ultraviolet light breaks down the CFCs, releasing free chlorine atoms from ozone molecules that attract oxygen atoms. And what happens if you take from ozone an oxygen atom? It turns into oxygen. In this way, CFCs can work quickly on the ozone layer, which is why they have been subject to constantly tightening regulations over the past several decades, with the aim of completely eliminating their use later this century.