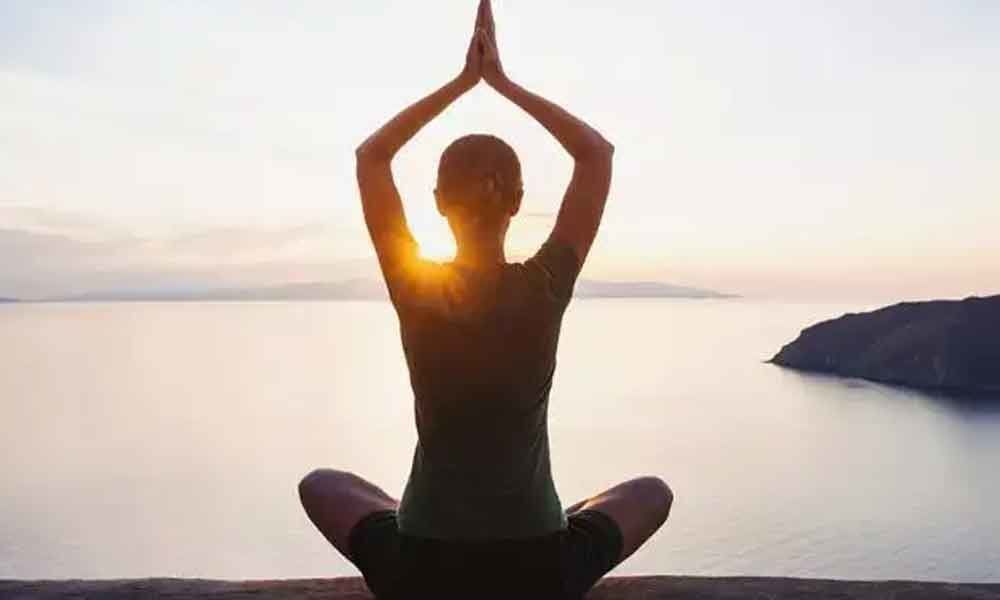 A wonderful aspect of Indian philosophy is the yogic perspective on death.

A wonderful aspect of Indian philosophy is the yogic perspective on death. This philosophy has given people a purpose to live and die for, with courage and confidence, knowing that, "they're not just a house of flesh and bones, that sleeps, decays and dies, rather they are immortal consciousness — the Lord of earth and skies."

The science of yoga is so vital for evolution of human consciousness that it leaves behind all other human achievements. Krishna says in the Bhagwad Gita (Ch 6.46), "The yogi is deemed greater than body disciplining ascetics, greater even than the followers of the path of wisdom or of the path of action; be thou, O Arjuna, a yogi!"

This timeless yoga of the evolution of human consciousness, Kundalini Kriya Yoga, is handed down to us from ancient days by our great rishis and sages. The same Kriya Yoga is mentioned as pranaapana yajna in the Bhagwad Gita (Ch4.29).

It helps to untie the cord of breath and also to release our soul from its bodily cage.

This grand science almost went into obscuration in the middle ages, and later, it was rediscovered, clarified and given to humanity again by the compassionate Shiva Goraksha Babaji, a master of Kundalini Kriya Yoga, who eternally guides the yogic evolution.

Pranayamais derived from the Sanskrit — prana, life and ayama, control. Hence, pranayama controls life force and not just the breath. Kriya yoga is a process of converting breath into life force and realising the body as a powerful source of light. There are two main life currents in the body: prana and apana.

Prana flows from the coccyx, base of the spine or the muladhara chakra to the point between the eyebrows that is the ajna chakra. The nature of this life current is soothing. It introverts our attention during sleep into the wakeful state, and in meditation connects with your soul through Shivnetra or the third eye.

The other current, apana, flows from kuthastha chaitanya, the third eye, to the coccyx. This downward flowing, extroverted current distributes itself through the coccygeal centre to the motor sensory nerves. This keeps man's consciousness delusively tied to the body. Apana is restless and engrosses man in sensory experiences.

These upward and downward currents spiritually magnetise the spinal column, thereby transforming the seeker into a perfect receptacle of divine light and love.

When Kriya Yoga pranayama is performed with the guru's guidance, the pranic life force in one's spinal cord builds up to generate great spiritual magnetism and voltage. By the ceaseless movement of the kriya life-force breath, one's prana, breath, vital fluid and mind become one to form the evolutionary life force energy called kundalini.

One's spiritual evolution happens when this kundalini energy enters the central channel of the spine called sushumna nadi. A cycle of kriya breath gives the practitioner one year of natural spiritual unfoldment.

These virtues are a great assistance in the evolutionary journey of the practitioner. As the yogi practises the kriya, his dharana, concentration, deepens and he enters the sushumna nadi channel.

There, he works on his prana to a subtler dimension of dhyana, meditation, where he enters into vajra nadi channel. As he goes on practising the kriya, his meditation deepens further and he finds himself moving in the chitra nadi, where he expands into experience of Savikalpa samadhi.

As the yogi's desires fall away by regular practice, his awareness heightens and he advances into the brahma nadi channel where he experiences the highest state of samadhi, Nirvikalpa samadhi or the state of absolute nothingness.