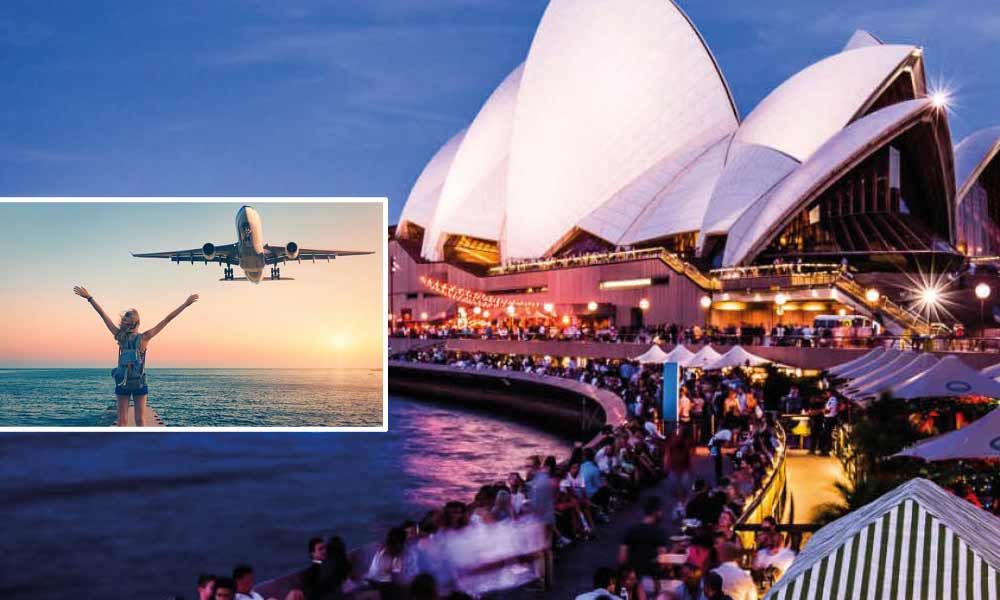 More Indian women opting for luxury solo travel says a survey; here are some destinations that you can visit

More Indian women opting for luxury solo travel says a survey; here are some destinations that you can visit

The popularity of experiential solo travel has greatly increased, especially to luxury destinations.

Now is the time for all those women who are set to travel around the world to explore new cultures and cuisines. According to a recent survey of 3,500 Indian women from affluent backgrounds living in six major Indian metropolises, the popularity of solo experiential trips has increased significantly.

The survey revealed that 75 per cent of women were eager to take experiential solo trips to the world's far-flung corners. All the participants had a master's or higher degree and were professionals working.

While there have always been adventure seekers who have enjoyed going on such trips, their numbers have swelled over the past decade, the findings suggest that a similar the survey from 2009 revealed that that year a mere 15 per cent of Indian women from similar backgrounds were open to experiential solo travel.

"There is clearly a dramatic shift between Indian women in terms of travel-related preferences. Maybe the strongest contrast between the surveys conducted in 2009 and 2019 was that women participants in the former wanted to visit vineyards in Europe or North America. Approximately 47 per cent of them, however, expressed a desire for an offbeat yet luxury vacation in 2019," says Gunjan Indrayan, director and co-founder, Tripoetic Travel Planners, who conducted the survey this June.

An important reason for the change over the past decade, according to Indrayan, is that young woman now feel less bound by what society dictates, making them more willing to explore holiday destinations that are memorable, offbeat, fun, and offer opportunities for personal growth.

"Antarctica was primarily among the women surveyed among holiday destinations, as approximately 50% believed that traditional holiday destinations had little to distinguish them from each other. They believed Antarctica's opportunities stood out because the continent was hauntingly majestic, unexplored, offering the opportunity to see wildlife unlike those found elsewhere," she added.

THE RANCH AT LAGUNA BEACH

Interestingly, cruises among survey respondents were a popular way to take a luxury vacation. While 70% of women said their dream solo experiential trip was a cruise to the Caribbean, a cruise to Antarctica came a close second. Most women believed cruise ships had amenities that exceeded those found even in the most luxurious hotels. What made cruise ships even more popular among women was that, while surrounded by lavishness, they presented an opportunity to explore several destinations.

Kenya, South Africa, Zambia and Botswana have become one of Africa's most sought-after safari options. Travellers get the chance to get people on such tours with majestic lions, leopards, giraffes, rhinos, and elephants. Even at simple yet stunning safari lodges and camps in an eco-conscious setting, they can enjoy luxuriously candlelit dinners and moonlit nights.

Denmark From turquoise beaches to dunes and high cliffs, Denmark offers a spectacle of wealthy national parks, massive mountains, lush green forests, and lakes. Denmark is called a nation of bicycles, so make sure you don't miss the opportunity to discover it. Cities across Denmark also offer boat tours, cruises, and even canoe rentals—which definitely should be on your to-do list.

Who can't remember Music's iconic movie Sound? Take a tour to the lake district, Mondsee and Berchtesgaden if you want to visit the locations where the film was shot. The Alpine views offer Austria's solo female travellers a lot of variety. One can soak in the beauty of the lakes and rivers of its nature. Because the country is known for its low crime rate, the cities are perfect for walking around and also easy to navigate by themselves. People here speak English, so if you get lost, there's always someone to ask.

A must-visit European country, Slovenia is known for its more than 10,000 caves of phenomenal architectural wonders. Slovenia attracts adventurous travellers and those who love the outdoors with plenty of sporting options. It is also known that the country is safe for travelling women. There are 80 natural thermal springs and healing waters, making it also from a wellness perspective a popular destination.

Cambodia For the adventurous types, the triangle tour of Vietnam, Cambodia, and Laos is a must-visit. Cambodia offers plenty from its deserted islands, dense jungle and temples to vibrant

City scenery. One can choose by helicopter to climb over Angkor temples, cruise the Mekong in style or bask in the sun on a quiet, tropical island.

Tips to remember when travelling solo

* If you're ever feeling unsafe or uncomfortable, joining a day tour is a good idea.

* Book a few things to enjoy a trouble-free trip and stay in advance.

* Avoid as much as possible travelling at night.