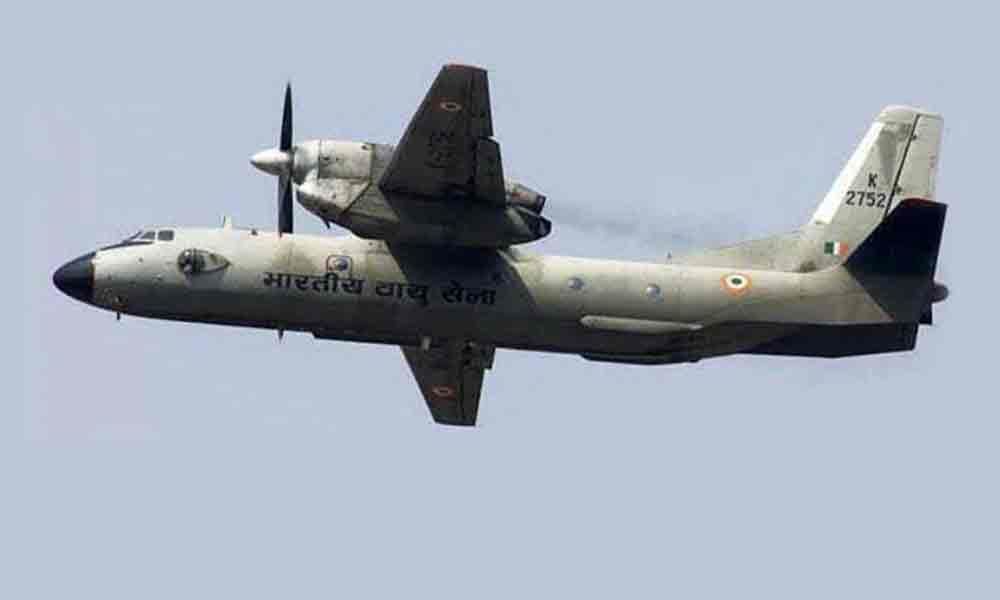 Act fast on AN-32 issue
Highlights

This has reference to media reports that the IAF's missing aircraft AN-32 wreckage was found eight days after it went missing. However, the mystery of ...

This has reference to media reports that the IAF's missing aircraft AN-32 wreckage was found eight days after it went missing. However, the mystery of how it met with its tragic end is still unresolved and this sets many tongues wagging. The wreckage of the missing AN-32 was spotted 16 kms North of Lipo, North East of Tato at an approximate elevation of 12000 feet by the IAF Mi-17 helicopter undertaking search in the expanded search zone.

It is significant to note that the place where the plane had been flying was mountainous and heavily forested while landing and take off at Mechuka are extremely difficult. It is also significant to note that the AN-32 is a Soviet-designed twin-engine turboprop transport aircraft used extensively by the IAF for over four decades and it has undergone several rounds of upgrades.Coupled with erratic weather, region is among the most inhospitable for air transport.

It is also speculated that the aircraft was hovering around the border with China and this might have provoked China and in a fit of rage they might have shot it down. Anyway, there were 13 people on board of the aircraft and God alone knows what would be the fate of these hapless people. Since there is no information about their fate, the government must swing into action without losing time. Sometimes, urgent rescue operations may save all of them or some of them. So, the faster the government does something to save the people the better.