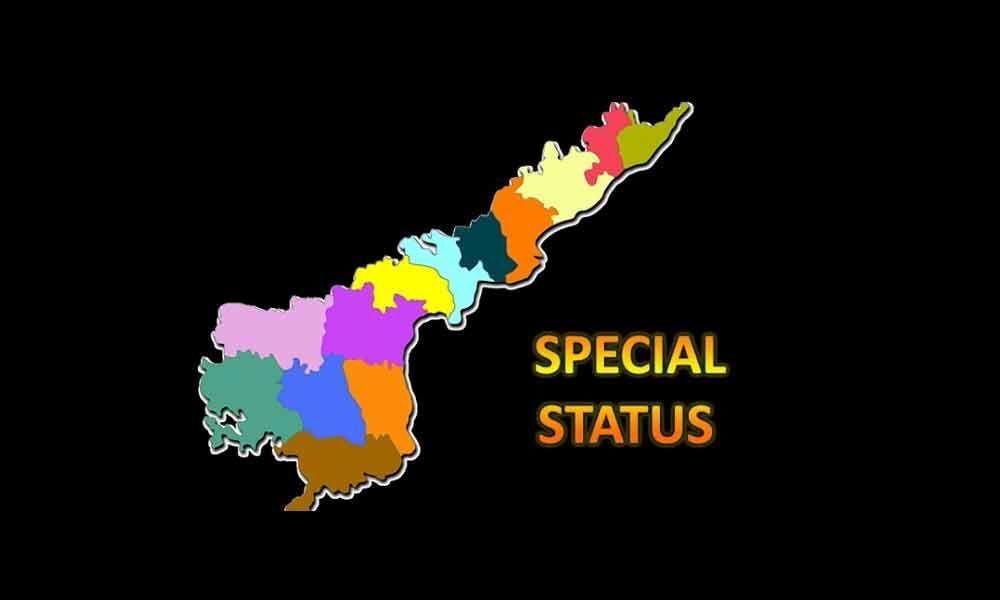 The new C M of A P has given a clear hint that ' Special Category Status ' to AP cannot be either demanded or pressurised at the present point of time due to BJP winning single-handedly in parliament elections.

Since BJP has clearly stated that no question of special status to A P on several occasions the YSRCP has to slowly build up pressure after first consolidating its position in the new situation with financial deficits running into lacs of rupees.

The debt waivers, total prohibition have to be given importance first so that people will realise the benefits as per their expectations.

Amaravati land scams if any, can be investigated as per law and nobody can be excluded if sufficient evidences are obtained against any individual but this issue should not be the main issue and Jagan has to start the wheel on rotation when once he takes oath as the A P C M.

He should concentrate more on solving pending disputes between A P and T S on several issues on a war footing.

Since he is young, he should start discussions with T S with open mind involving all senior leaders and as per law aiming to benefit both the states in general and A P in particular.