Being entitled does not guarantee victory in polls anymore 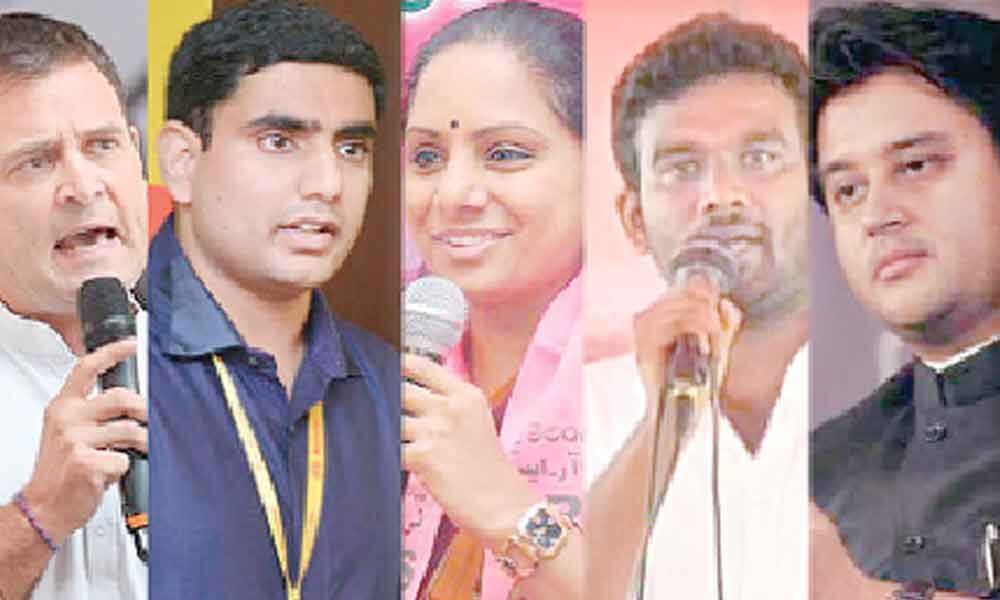 After trilling each citizen for more than a month, the world’s biggest elections have finally concluded and the people of India

After trilling each citizen for more than a month, the world's biggest elections have finally concluded and the people of India have once again, vested their hopes and faith in the country's current Prime Minister, Narendra Modi.

Bhartiya Janata Party, under the leadership of Modi has marched past the majority mark of 272 seats and has registered landslide victory by acing 303 constituencies.

On contrary, Indian National Congress, which was considered to be the major corrival secured 52 seats, disqualifying it from occupying the position of 'Leader of Opposition'.

These elections witnessed a direct contest between Narendra Modi and Rahul Gandhi.

Though, he inherited the profession of politics from his father, grand-mother and great grandfather (all were the Prime Ministers of the county at some point or the other) but ceased to be tactical like them.

His lumpish statements regularly make the headlines and he is mockingly addressed as 'Pappu' (a naïve kid). Despite being highly incompetent in comparison to the current Prime Minister, Rahul is the face of the Congress party.

He is an excellent example of prevalence of nepotism in Indian society. However, he isn't the sole flag-bearer as such kind of partisanship is rampant in Indian politics.

Uttar Pradesh, which is politically the most pivotal state of the world's largest democracy (amounting to eighty constituencies) too has Akhilesh Yadav as the chief of one of the leading regional parties of the state.

He's son of Mulayam Singh Yadav, pioneer of Samajwadi Party and has also served a term as the Chief Minister of the state.

Bihar's Lalu Prasad Yadav's son is leading the opposition in the state whereas HD Kumaraswamy, who is kin to India's erstwhile minister Deve Gowda is already serving a term as Karnataka's Chief Minister.

However, India is not the only country that stands as a classic example of nepotism. Britain, in fact, has been consistently ruled by one family since generations.

However, Britain's constitutional monarchy consents legitimate room for nepotism. On contrary, India is an absolute democracy which makes such genetic-politics a treacherous threat to this system.

Historically, India has been an abode to Varna Vyavastha, where the profession passes down as legacy in family.

A Brahmin's (one who bore the onus of literary affairs) offspring too practiced the same profession and similar bequest went on in Kshatriya clan, who were warriors.

Though, this arrangement is said to have become anachronistic in today's era, it could still be witnessed in certain streams like film industry, medicine, law and politics.

To be proficient in politics, one needs an access to the elite network of the society and the second-generation politicians are born with this privilege.

This makes the trail much easier for them and when they grow up, they already have a pool brimming with opportunities ready for them.

Irrespective of their abilities, they attain fame due to their political genes and can easily be witnessed reigning the throne with negligible experience in handling national and international affairs.

In the year 1984, when Indira Gandhi, then Prime Minister was assassinated, it was her pilot-son Rajiv Gandhi who took over the throne.

Soon, a person who conformed to the apolitical ideology and was a pilot as profession was the chief of world's largest democracy.

That day, with our Prime Minister, the democracy of the country too experienced an assassination as it became synonymous to monarchy.

Though, most of the political stalwarts have tried to get their progenies inducted in the India's democratic system of politics, there have been magnates like Mahatma Gandhi, who outright rejected and censured the idea of nepotism and didn't encourage his either of the four sons to enter into politics converting their Father's tall stature into an established political career.

We do have entrance exams for the aspirants who aim to be government servants but no yardstick has been defined for those who aspire to run the government.

Today, the capable and experienced politicians of parties are sidelined just to make way for those born with a silver spoon.

With each passing elections, Indian society is commencing to discard the idea of nepotism and the recent elections aptly demonstrate this trend.

It is high time for each political party to revisit its stance on familial partisanship and stop sidelining the capable and experienced politicians, just to make way for those born with a silver spoon.

Because, India under Congress, has already come a long way while moving from 'democracy' to 'monarchy'.