EC deserves due credit for its tech progress 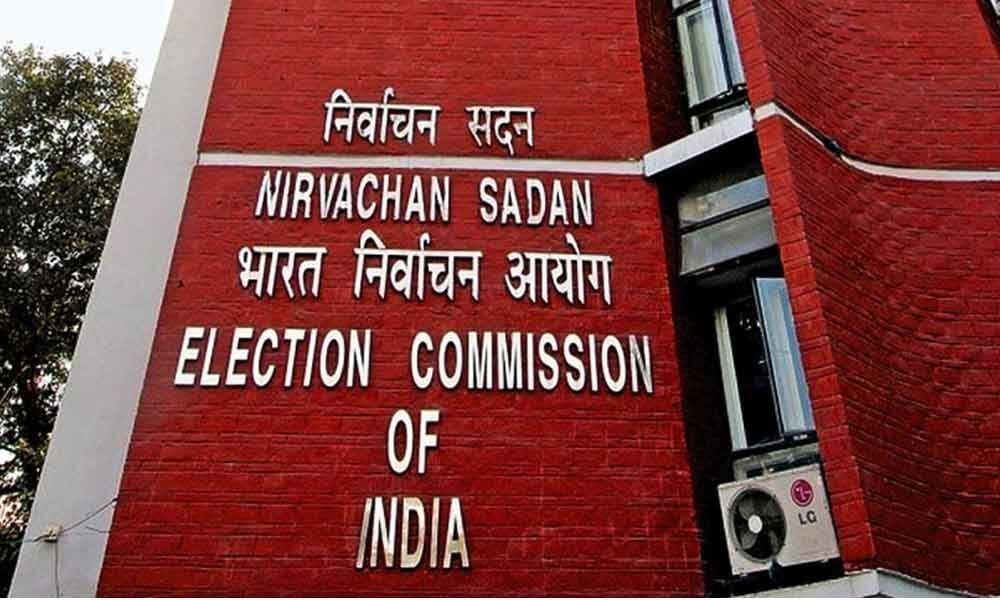 Our country is considered as one of the biggest democracies in the world having nine hundred million electors.

Our country is considered as one of the biggest democracies in the world having nine hundred million electors. The current voting process is spanning over into seven phases.

The Constitution of India under Article 324 mandates that elections should be conducted by the Election Commission of India which is an constitutional and independent body.

In the entire world our country has highest number of electors comprising of about 900 million voters which figure is more than that of all population of European continent and the United States put together.

As soon as the first phase of elections are over certain political parties namely the Telugu Desam, Congress, Aam Admi Party and other national and regional political parties vehemently demanding the counting of fifty percent of VVPAT slips for which they have filed a case named Ch. Chandrababu Naidu v. ECI in 2019.

In this case the apex court has directed the ECI to count five VVPAT slips from one EVM per Assembly segment and it further observed that an increase in VVPAT verification "would be of greater satisfaction not only of political parties but also for the entire electorate".

And the same Supreme Court in 2013 in case filed by Dr. Subramanium Swamy 2013 (10) SCC 500 held that VVPAT are an indispensable requirement for free and fair election process.

Earlier in month of November, a public interest litigation was filed in the apex court by a NGO called "Nyaya Bhoomi" stating that E.V.Ms are capable of being misused and they should not be used in the polls to ensure free and fair election process in ongoing election process.

A bench headed by Chief Justice of India Mr. Ranjan Gogoi did not accept the contention of the NGO and he has dismissed a Public Interest Litigation (PIL) seeking the use of ballot papers instead of the Electronic Voting Machines (EVM) during the upcoming Assembly and Lok Sabha elections The court further held that "Every system and machine is capable for use and misuse. Doubts will be everywhere."

The political parties in our country have taking their stand on EVMs. as per their winning position rather than national interest and pride, so far the Election Commission of India has spent around Rs 18000 crores for manufacturing and maintenance of EVMs and VVPATs, now shifting to old traditional balloting system lead to huge burden on exchequer as well as confusion in minds of voters as they are habituated to use of E.V.Ms.

It is time to bring some more pool proof mechanism to existing EVMs and remove doubts of political parties and people alike.

The vibrant democratic countries like the United States, Indonesia, South America, Argentina etc still following traditional balloting system in elections, though which consumes a lot of time for announcement results.

The countries which are using ballot system never tried to use of electronic system in their election process and people of those countries are habituated to it.

Moreover the political parties should refrain from changing their stand basing upon their convenience, as technology is enhancing by each passing day they may be some more changes may occur in conducting of election process.

Though we are a developing country, the ECI should be appreciated for updating field of election process.

In near future it should think of introduction of electronic and online voting system in our country to mitigate these kind of doubts and hardships.

Can EVMs be tampered?

Can electronic voting machines (EVMs) be hacked? This is the question perpetually comes back for every election season and as Lok Sabha elections 2019 are ongoing, this question is doing rounds again.

Since inception of EVMs in India, they have always been the bone of contention between winning and losing side. There are about 120 countries that practice democracy. Of these, only about 25 have experimented with or used electronic voting machines to elect their governments.

To understand this, it is necessary when and why EVMs were set up and their arrival in India. First time the Electronic Voting Machines (EVMs) were introduced in the 1998 general elections and the state elections held in Madhya Pradesh, Rajasthan and NCT of Delhi in the same year, in some of the constituencies.

The Election Commission spells out three reasons for using EVMs – they save costs (of paper, printing, transportation, storage and distribution), quicker counting and absence of invalid votes.

The Election Commission also claims that it is impossible for anyone to tamper EVMs in such a way that the vote goes to only a single candidate or a political party.

It also claims that every electronic voting machine consists of two units: Control Unit, Balloting Unit. The control unit is with the polling officer.

They press the ballot button, making it possible for the voter to cast their vote by pressing the blue button on the balloting unit.

However, there have been allegations that it is possible to change the internal circuit of the EVM. But the Election Commission claim that there was absolutely no way that the 'motherboard' or the 'internal circuit' of the EVM could be tampered with since they are subjected to a first level checking in front of the representatives of the political parties.

According to the Election Commission, after the first-level checking is done, the EVMs are safely secured in rooms with 24X7 armed forces.

However, the Supreme Court in October 8, 2013, on a PIL by Subramanian Swamy, directed the EC to introduce the VVPAT system in a phased manner so that full implementation is achieved by 2019.

It was done to ensure free and fair polls as it would aid in resolving disputes, if any. On a national level, the system was introduced in 8 of 543 parliamentary constituencies during the 2014 general elections.

It was used in 516 polling stations across eight states. The system was first experimented in 2013 Nagaland by-polls.

Since EC ensures - authentication Units before the polls to weed out counterfeit/tampered EVMs, and effectively used Voter Verified Paper Audit Trail (VVPAT) system at the time of counting to guard against EVM tampering or malfunction.

But the ECI has dragged its feet since 2006 in procuring Authentication Units and has prescribed a minuscule sample of one EVM per Assembly Constituency for hand-counting of VVPAT slips which is grossly inadequate, statistically unsound, and nearly as bad as not implementing VVPAT at all.