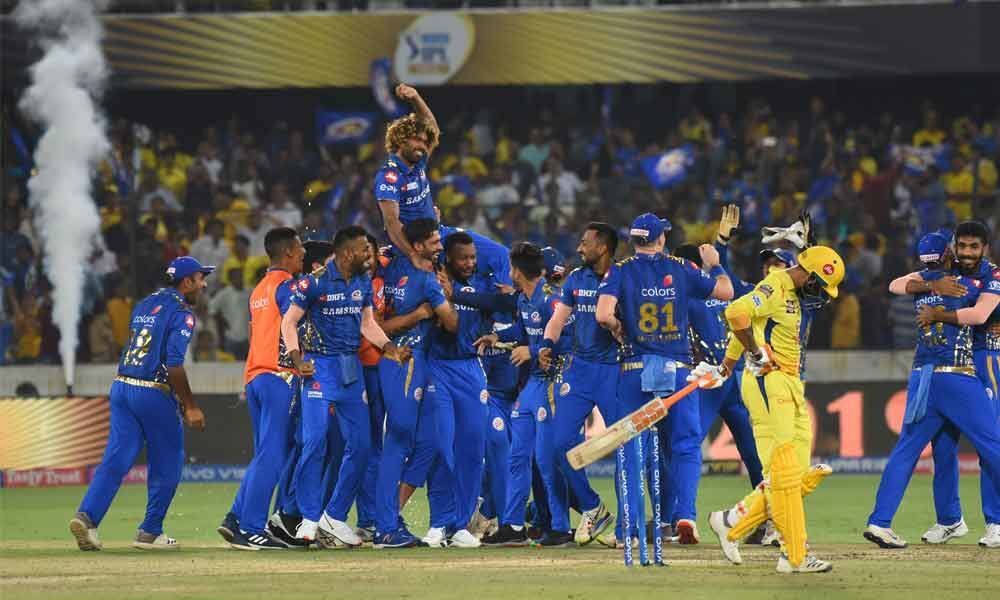 Congratulations to Mumbai Indians teams to win final match of IPL (Mumbai Indians champions, THI, May 13). It was an unbelievable winning.

It was extremely tough match for MI in the beginning, but situation slowly changed when the biggest moment of the game came in the 13th over when Dhoni was run-out trying to steal an extra single.

Jasprit Bumrah showed very good performance in this competition who further underlined his status as one of the best current bowls, with a brilliant display.

Bumrah gave away just 14 runs in his four overs for two wickets, but the biggest impact was the last two overs of the match in which he gave away only nine runs to keep MI in the game.

He is the hero for Mumbai. And Lasith Malinga bowled a dream final over, defending nine runs, including getting Shardul Thakur out LBW when two runs were needed off the last ball, to help Mumbai Indians defeat CSK by a solitary run and claim their fourth IPL title.

Mumbai Indians have become the most successful franchise in the history of the Indian Premier League after their bowlers snatched a thrilling one-run victory over three-time champions Chennai Super Kings in an edge-of-the-seat final.

This was the fourth time that the Super Kings and MI clashed in an IPL final.

The Mahendra Singh Dhoni-led side prevailed in the first instance in 2010. But in 2013 and 2015 at Eden Gardens, Rohit Sharma's MI lorded over the Super Kings.

MI have comparatively been a complete side, not relying on just one aspect of their game.

In most of the victories they have registered so far, their batsmen and bowlers have performed in unison, as they haven't really been over-reliant on any particular player.

Besides, their performance against the Super Kings in this edition had been fantastic to say the least.

Rohit and his men had defeated the Super Kings in all three meetings this year. Thirty-seven runs, 46 runs and six wickets - these have been their margin of victory against Dhoni and Co.

in 2019, which only reflects the one-sidedness of these matches.

Yes, the Super Kings have certainly had their moments in the previous three meetings, but the results do underline that MI could read their rivals' game well enough and know the script required to beat them.

Needless to say, MI have by far been the Super Kings' toughest opponents, holding an upper hand on most occasions whenever the two sides went into a contest.

Congratulations to Mumbai Indians for winning the IPL trophy for the record 4th time! Hyderabad definitely proved to be a lucky ground for Rohit & Co!

The game went till the wire and eventually the MI won by 1 run! Coincidentally, in 2017 too, MI won by 1 run in Hyderabad! Kudos to Rohit Sharma's captaincy - chasing a modest target of 149 would have been a cakewalk for CSK but MI under the able guidance of Rohit fought like a team!

Bumrah was exceptional and so was Hardik Pandya all through the tourney! Congratulations to our Orange Army for the Fairplay Award and of course to David Warner for the Orange Cap!

The one-and-a-half-month-long extravaganza has come to an end and now cricket lovers will be waiting for the World Cup!