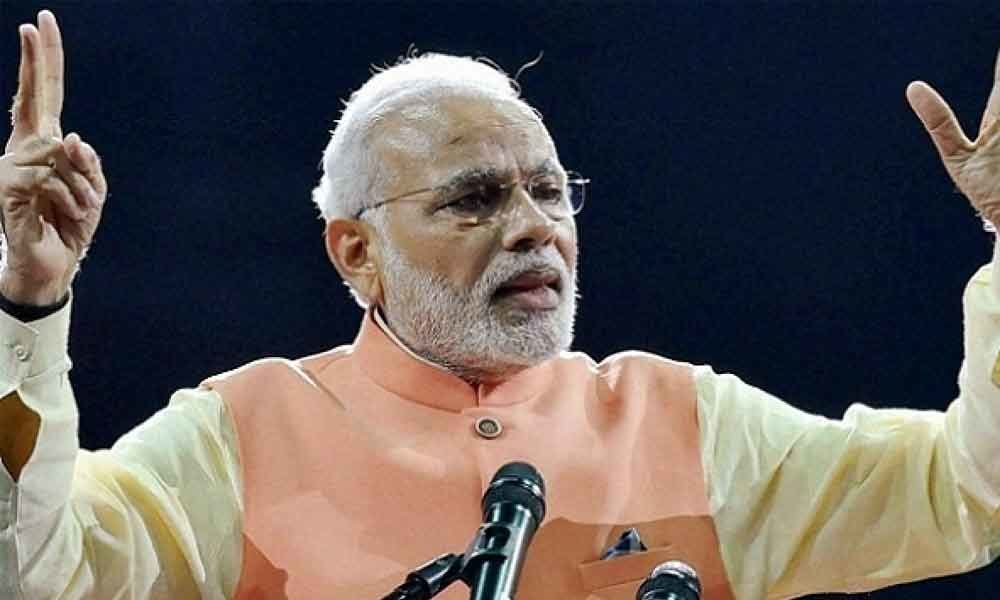 I am overly excited like most of the Indians at the statement of Prime Minister Narendra Modi at a poll rally in Rajasthan on April 21.

I am overly excited like most of the Indians at the statement of Prime Minister Narendra Modi at a poll rally in Rajasthan on April 21. Modi asked, "Is India's nuclear arsenal for Diwali?" The crowd burst into chanting his name hearing this and applauded in approval.

Modi continued to stoke up jingoistic feeling saying, "The NDA government has instilled fear in the minds and hearts of terrorists. We hit terrorists getting right into their homes. Now, India is no more afraid of Pakistan threats."

Admittedly, in handling the terrorism issue, Modi has done something special and impressive admittedly unprecedented as well. What is that different step taken by India under Mod's government to combat terrorism?

It is nothing but hitting the terrorists getting right into their homes. Yes, this is the unique style of Modi to combat terrorism. He has to be congratulated for that type of modus operandi.

Where did he get this kind of 'tit for tat' strategy? Rather than trying to answer, I would like to say that this strategy being pursued by Israel. As it is known, Israel is surrounded by hostile countries.

Once, Israel was highly perturbed and disturbed by terrorist attacks which were very common and they put an end to it by resorting to retaliatory measures.

Once a terrorist attack carried out by certain terrorist group in the Israel soil, immediately the army would collect details of which group was behind it and who were behind it.

Instantly, the army would carry out retaliatory measures including punishing those who are parents/wives/children of the terrorists. So, this kind of deterrent punishment has in a way reduced terror attacks in Israel.

Taking India's cue from Israel, Prime Minister Narendra Modi was brave enough to retaliate the Pulwama terror attack. Yes,' an eye for an eye' or 'a tooth for a tooth' that worked well.

There are two things required towards this strategy: first it is the acquisition of knowledge of the strategy to strike back and second it is the determination to carry out this strategy in the practical way. Here, Modi has succeeded on both the fronts.

But at the same time we must pond over the consequences of a possible escalation of tension between the two countries, which may further lead to a deadly war.

So, it is advisable that both the countries should cooperate together to achieve greater developments in these regions. It is better for both the countries to pursue a policy of 'live and let live', which alone is ideal for a lasting relationship.