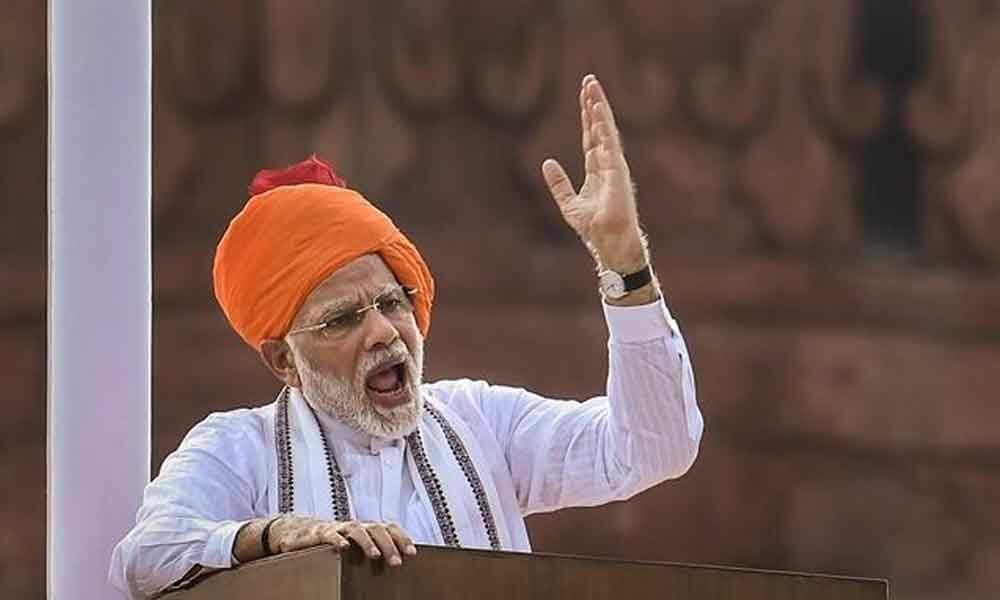 Prime Minister Naredra Modi gave his sixth I - Day speech in continuation since he assumed the Prime Minister's office in 2014.

Prime Minister Naredra Modi gave his sixth I - Day speech in continuation since he assumed the Prime Minister's office in 2014. In his first term he used to dedicate most of his speech to needs of the people.

As such he announced flagship programmes like Swatch Bharat ,open defection free nation, electricity for all etc.But in his 2.0 he changed his speech from needs aspirations as such his government already made some proactive laws like Triple Talaq , abrogation Articles 370 and 35 A with a view to merge Jammu and Kashmir with the rest of India.

On 15th August he mentioned some important things in his address to nation on the occasion of 73rd Independence Day from Red Fort in Delhi .

Among others he specially mentioned the creation of Chief of Defence Staff( CDS) .It has been a long pending due since 1972 .Moreover it was lack of cooperation among three forces - Military, Navy and Air that made India was defeated by China in 1962.

The same reason was felt when India could not get upper hand in Kargil war at the beginning. So K.Subrahmanyam committee, Cabinet committee led by Advani in 2001 and the Narendra Chandra task force committee in 2012 strongly felt the need of CDS as it is very important for alacrity, cooperation and efficiency among three forces.

But at the same time government must be careful it should not lead to military rule like our neighbourhood. The Prime Minister stated some other programmes like controlling population and ban use of plastic, piped water to every household etc,.

But announcing programmes on important occasions would not suffice unless there is clear cut action for implementing them. So deeds must follow words just like the moon follows the dawn.