Voter apathy should be an eye-opener for politicians 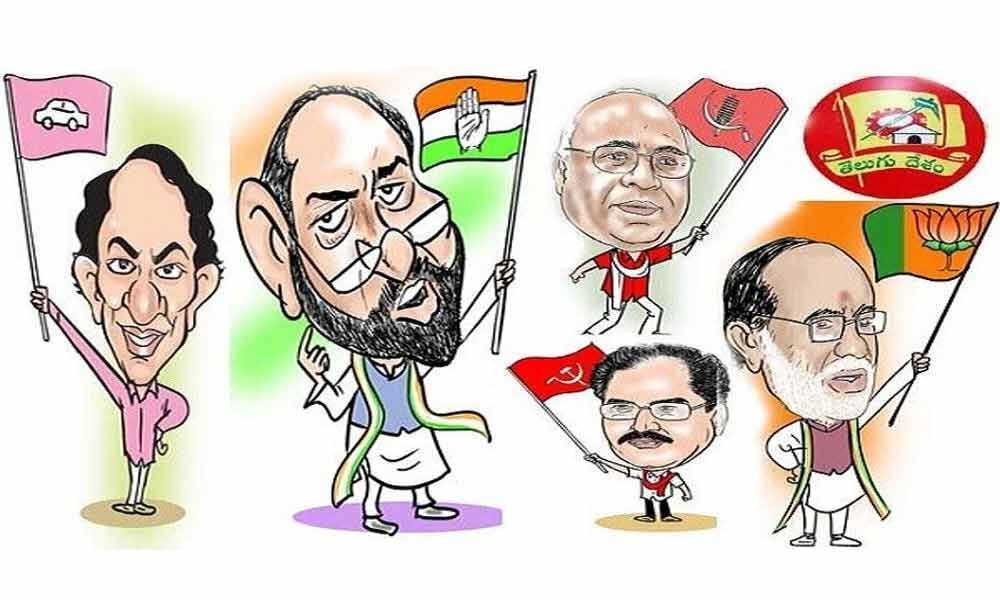 It is disconcerting to note that on the day of polling when nearly more than eight crore people, both men and women were estimated to exercise their franchise in both the Telugu states of Andhra Pradesh and Telangana, the voter turnout was dauntingly dismal.

It is disconcerting to note that on the day of polling when nearly more than eight crore people, both men and women were estimated to exercise their franchise in both the Telugu states of Andhra Pradesh and Telangana, the voter turnout was dauntingly dismal.

Pradesh wherein the electoral fortunes of 175 MLAs and 25 MPs was set to be determined was abysmally as low as 55%, thus indicating that the election battle is not on the expected lines and hence has been discouraging politically and in principle.

Despite the several measures taken by the election officials to conduct the polls in a free and fair manner, the election scene was assiduously marred by a number of stray violent incidents wherein there has been fierce and uncontrollable law and order breakdown in few constituencies of Andhra Pradesh resulting in blood shed followed by death of few people in clashes between party workers belonging to the major contesting parties of TDP & YSRCP.

While it is no denying of the fact that the elections in Indian democracy are generally not held without distribution of money and liquor to the voters to influence the latter, such a trend is inconspicuous by its absence even in the present times when there is greater scope for voter awareness on such illegitimacy taken for granted by the party workers indulging in such activities.

The election commission has come under sheer criticism over the inept handling of EVMs at several constituencies of A.P. wherein they reportedly showed malfunctioning much to the chagrin of the voters who complained adversely against such a situation.

Even the public was very much inconvenienced and went haywire in receiving timely help in commuting themselves from place to place due to non-availability of transport and improper information / notification about allocation of polling booths due to non-distribution of voter slips door-to-door to the public who had hence made to run from pillar to post in search of their allotted polling stations.

In the current political scenario, where the nation is heading for a greater development under the able and dynamic leadership of Modi, one shudders to ask whether such unfair and violent activities of the recent polls have any place for existence in our society wherein the political and economic matrix has undergone a significant change at least during the last half a decade.

It is to be realised that the current election pattern of 2019 has assumed a new dimension as compared to that of 2014, when at the national level it was totally centred mainly on eradicating corruption and mostly oriented on the paranoia of favouring the "Modi factor" that shed a new and emerging light among the voters, whereas, in the current state of affairs, there are traces of dissenting trends against the "Modi factor" in some States like Andhra Pradesh, Telangana, Karnataka, Kerala, Delhi, West Bengal etc. wherein there is fierce opposition to Modi unlike as in 2014.

Hence, it is to our understanding that Modi wave is on the decline in several States contrary to what it was in 2014 and hence the BJP which ruled the roost is likely to lose its sheen in all eventuality in the current election scene. Hence, we cannot draw a comparison between the election scenario of 2014 and 2019 which differ by a great fathom.