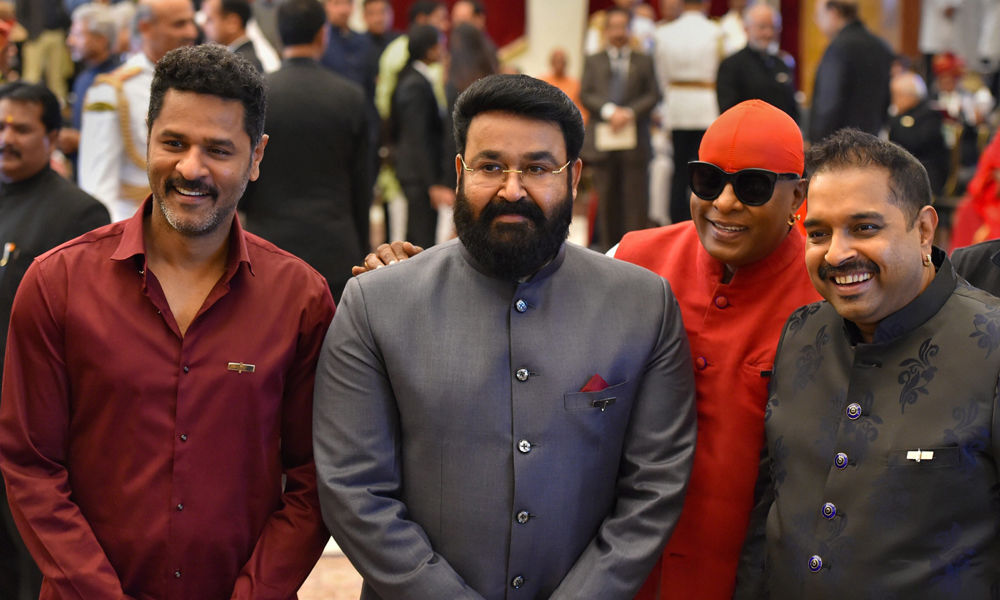 While Viswanathan Mohanlal, Dhindsa and Nayar (posthumous) were conferred the Padma Bhushan, Jaishankar was honoured with the Padma Shri. Nayar's wife received the award from the President.

Bachendri Pal, who became the first Indian woman to reach the summit of Mount Everest in 1984, has been bestowed with the honour for 'distinguished service of a high order.' She was conferred with the Padma Bhushan award. As many as 112 personalities were selected for this year's Padma awards and their names were announced on the eve of Republic Day this year. The remaining awardees are likely to be conferred the honour at another function to be held on March 16, a Home Ministry official said.