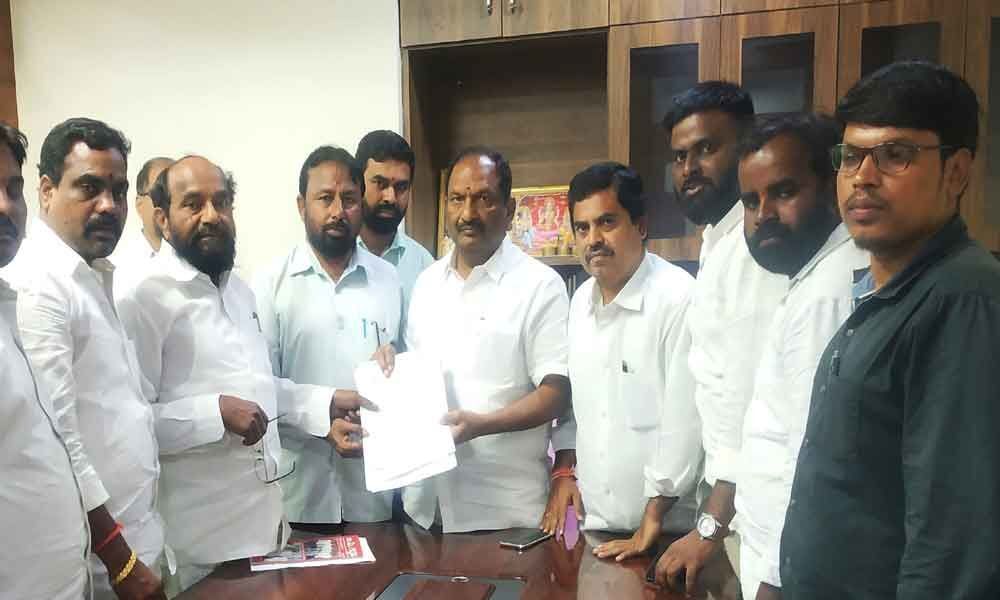 Speaking to the media after the meeting, R Krishnaiah said they have brought to the notice of the Minister, the irregularities that were committed during medical counselling and urged him to do justice to the students of BCs, SCs, STs and minority community who lost an opportunity to get medical seats due to wrong implementation of reservations.

He said they demanded the Minister to conduct a high-level meeting to address the issue and do justice to 262 candidates who lost the opportunity. Krishnaiah said that an appeal was made to the State government to start additional sections in BC Gurukul Schools in view of demand for gurukul admissions. A demand was also made to construct new buildings for BC hostels and hike scholarship amounts being given to college and school students.

Krishnaiah said that Minister has promised them to take the issues to the notice of the chief minister and address the issues. BC leaders Gujja Krishna, Erra Satyanarayana, Jillapalli Anji, Vemula Ramakrishna, Barka Krishna, Narsimha Naik, Raj Kumar, Mahender Goud, Shiva and others participated in the discussions.