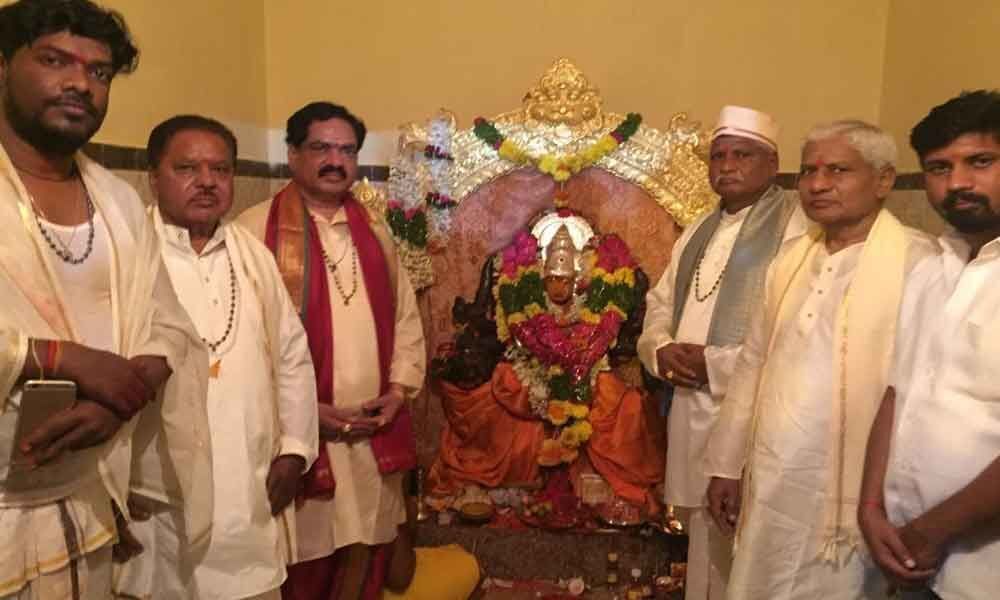 Festivities of Bonalu organised at Sri Bujili Mahankali temple here on Wednesday had a significant feature.

Yapral: Festivities of Bonalu organised at Sri Bujili Mahankali temple here on Wednesday had a significant feature. Unlike other temples in Hyderabad where Bonalu festival is celebrated in Ashada Masam , the celebrations at Yapral Sri Bujili Mahankali Temple are celebrated in Sravana Masam. The tradition has been in practice for more than 100 years.