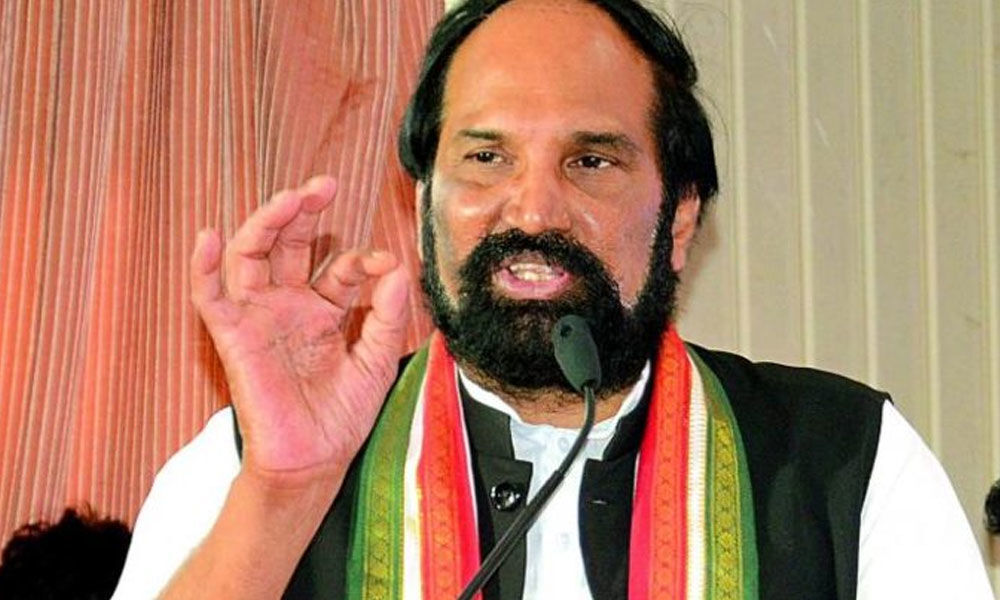 Congress in Telangana Monday announced it would boycott the MLC election Tuesday, accusing ruling TRS of poaching four of its MLAs and a TDP legislator 'in a brazen manner by adopting all illegal means.

Hyderabad: Congress in Telangana Monday announced it would boycott the MLC election Tuesday, accusing ruling TRS of poaching four of its MLAs and a TDP legislator 'in a brazen manner by adopting all illegal means.'

The decision was taken in protest against the defection of its MLAs being 'encouraged' by the ruling TRS ahead of the MLC polls, Telangana Pradesh Congress Committee (TPCC) president N Uttam Kumar Reddy said.

"KCR ji (Chief Miniser K Chandrasekhar Rao), who assumed office after swearing in as per Constitution, violated the oath of office and admitted Telugu Desam and Congress MLAs into the TRS in a brazen manner by adopting all illegal means," he told reporters here.

"In protest against this, Congress is boycotting this MLC election so that Telangana people know the undemocratic, and anti-Constitutional, illegal actions being resorted to by the Chief Minister in this MLC election," Reddy said.

He was referring to the announcement of Congress MLAs -- MLAs -- Rega Kantha Rao, Atram Sakku, Chirumarti Lingaiah and Haripriya Naik -- and a TDP MLA (Sandra Venkata Veeraiah) to join TRS in the interest of development of their constituencies.

In the election to fill five vacancies in the Council, TRS has fielded four nominees, leaving one seat to its ally AIMIM.

An independent MLA and an AIFB legislator have also declared support to the ruling party.

The AIMIM has seven MLAs.

The Congress fielded one candidate in the Council election. It had won 19 seats in the Assembly polls and was banking on the support of two-member TDP.

However, the announcement of four Congress MLAs and the TDP MLA to join TRS hurt its chances in the MLC election.

The PCC president said his party has fielded one candidate in the MLC election as it was in a position to win the seat with the support of two TDP members.

"The defection of MLAs is a dangerous trend (for democracy) that the ruling TRS has started," Reddy alleged and added that his party would stage a demonstration against it.

The Congress and TRS have been engaged in a war of words on the issue of MLAs moving to the ruling party.

Responding to Reddy's comments that TRS 'purchased' its MLAs, TRS had referred to instances of public representatives joining Congress from other parties and asked if that too was a "purchase".

Reddy said TRS MP Konda Vishweshwar Reddy joined the Congress after the completion of his tenure.

He said he and other party leaders have spoken to her.