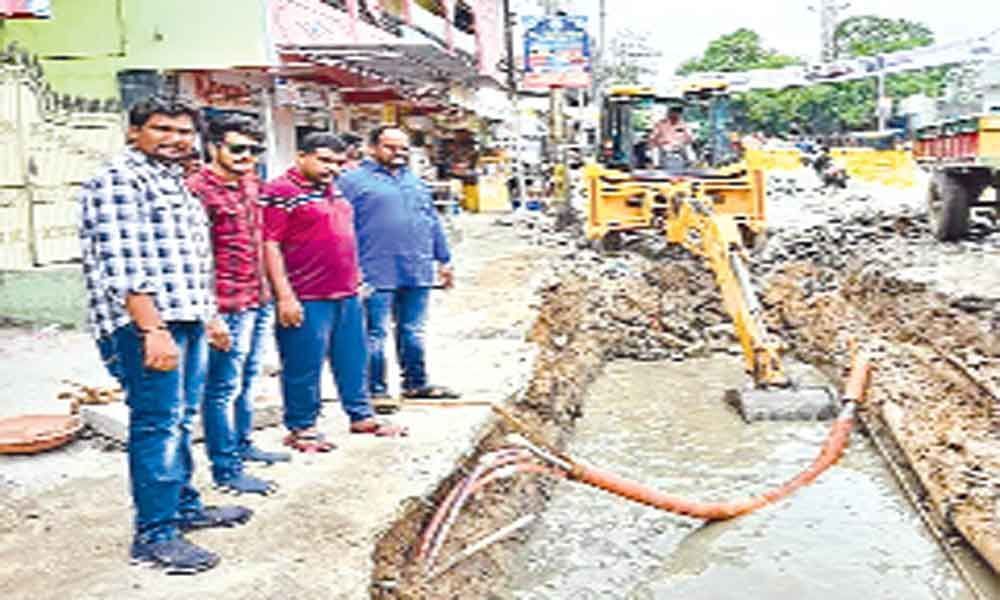 Later, speaking to The Hans India, Fahad Bin Abdat said that the nala widening works were started on Tuesday. For completing the works, an amount of Rs 50 lakh was sanctioned. The nala is about 500 meters long and it has the granite retaining wall, and now, it is being replaced by RCC retaining wall, along with desilting works, he added.

The corporator also said that the nala was being widened upto 7 feet, which was 4 feet earlier. Earlier, people faced difficulties due to overflowing of nala, during the monsoon. On the representation made by MLA Akbaruddin Owaisi, the nala's widening works were sanctioned, Fahad added.