Dalits will show their power to KCR, warns MRPS leader 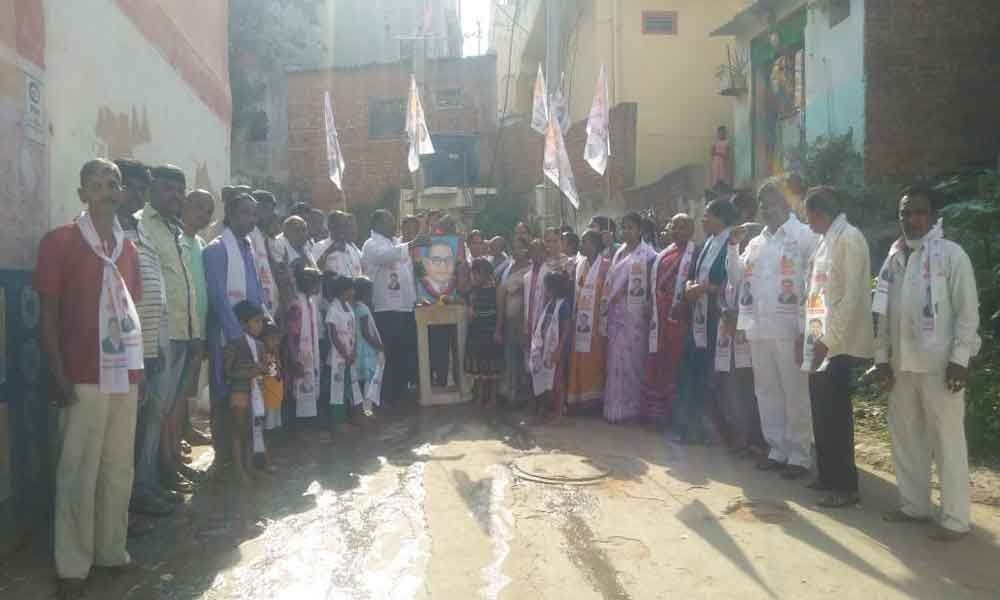 The meeting was held to assemble people for Maha Garjana to be organized by MRPS on Saturday. Speaking on the occasion, Ragati Satyam Madiga said KCR has never paid tributes to Dr BR Ambedkar after he became chief minister of the state. The CM never even garlanded any statue of Dr BR Ambedkar, he said.

While all CMs of all states and important leaders paid tributes to Dr Ambedkar on his birth anniversary, KCR never cared to either pay tributes to the statue of Ambedkar, he said. Condemning the desecration of Ambedkar's statue at Panjagutta, he said that it was unfortunate that dalit leader Manda Krishna Madiga had been put in house arrest for a week for questioning the state government on the desecration of the statue.

The promise of KCR to install 125 ft Ambedkar statue in the city also remained unfulfilled, he said. CM KCR has no respect for the architect of Indian constitution, he alleged. He urged people to participate in Maha Garjana meeting organized to question CM KCR for his disrespect toward Dr BR Ambedkar. Later, the participants of the meeting and residents of the basti cleansed the portrait of Ambedkar with milk.