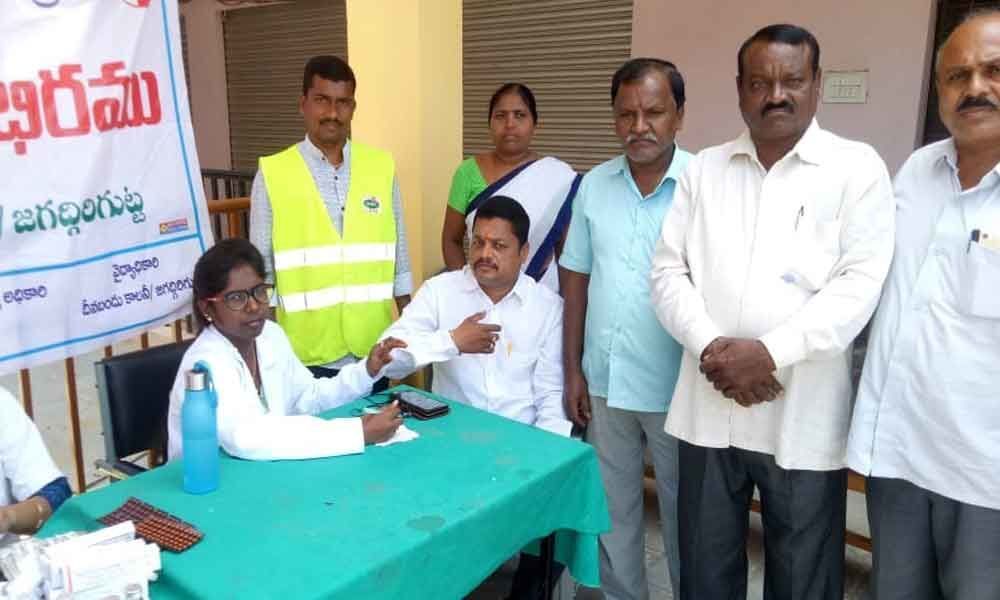 In view of the onset of monsoon, Assistant Entomologist Nagesh and supervisor Ch Naresh conducted an awareness programme on dengue and malaria which are widespread during the rainy season and caused by mosquitoes.

Doctors Saranya and Shamim administered medicines for various ailments and enlightened the participants in the camp about various diseases caused during the monsoon.

Sridhar Reddy said after the TRS assumed power in the State the government was devoting more attention to people's health issues. He thanked the Health department for cooperating in the conduct of the camp.