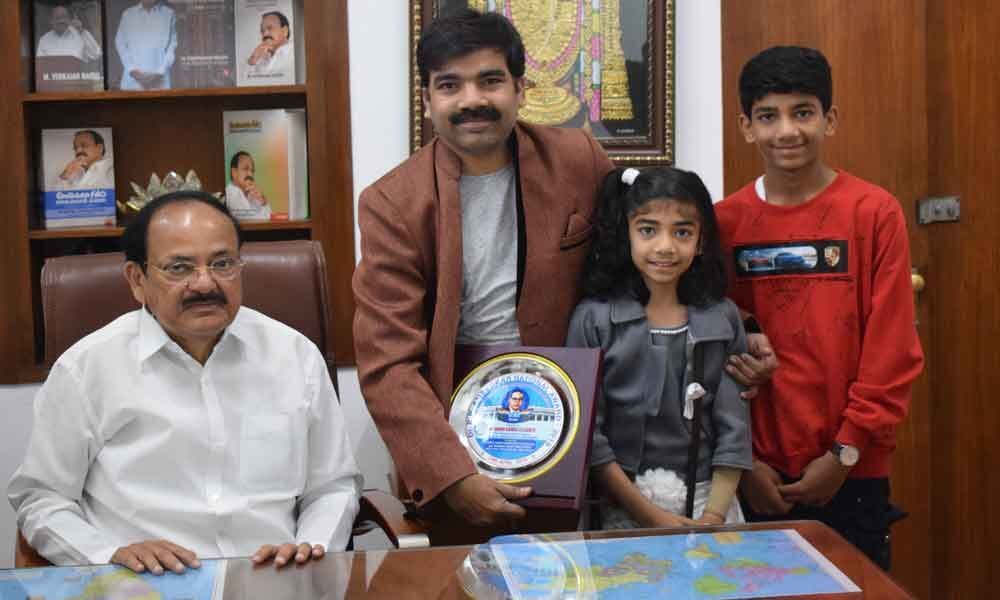 Film director, doctor, social activist from Telangana has been appreciated by the Vice President of India Venkaiah Naidu in New Delhi on 20th April 2019 as he has been awarded recently Dr B R Ambedkar National Award 2019 towards his excellent works in the field of social service and for making inspiring short films/documentaries and music videos.

His recent music video "Rainbow" was a tribute to the victims of racism and was dedicated to Late Srinivasa Kuchibhotla and Sharath Koppu who lost their lives in the battle of racism recently in USA. Another anti bullying concept-oriented music video "AMIGA' was also released in six languages and dealt with bullying in school and college levels.

Apart from that as a Doctor he has conducted more than 100 health camps all over India with the help of friends, especially for the underprivileged through his organisation "Banjara Mahila NGO".