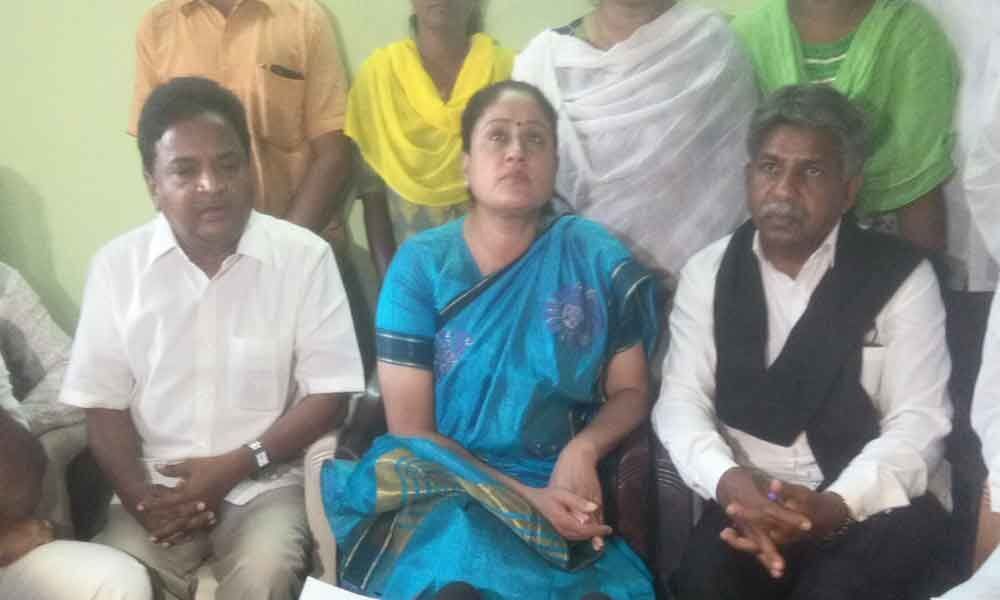 She said that KCR did not have a good opinion of backward communities and it would be hard for them to survive under his rule. She asked whether it was crime to protest on such an issue and asked the reason for house-arrest Manda Krishna.

She demanded that the government tender an unconditional apology to Krishna for their shocking action. She further added that protests would continue till the statue of Ambedkar was restored at the same spot.