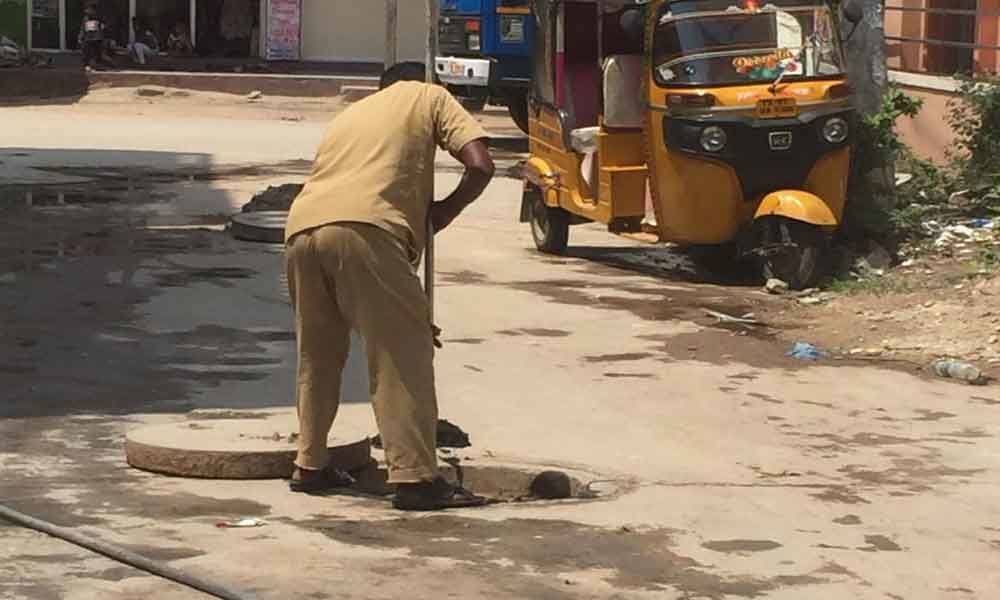 "This is the first time we are facing a drainage overflowing issue. For the last 7 days, the conditions were worse. We complained to the GHMC to repair the drainage system" says Srikanth, a resident of Hydernagar, while speaking to The Hans India here on Monday. He said that it has become very difficult to walk on the streets. Due to the continuous flow of drains, the surroundings areas completely have been turned into green due to the growth of algae.

"As soon as we received the complaint, we are here to repair the damaged pipes. Due to the internal blockage of drainage pipelines at the center, all the other drainage systems in different localities have been affected areas. We are trying to solve the issue as soon as possible," says Yakaiah, a GHMC employee.