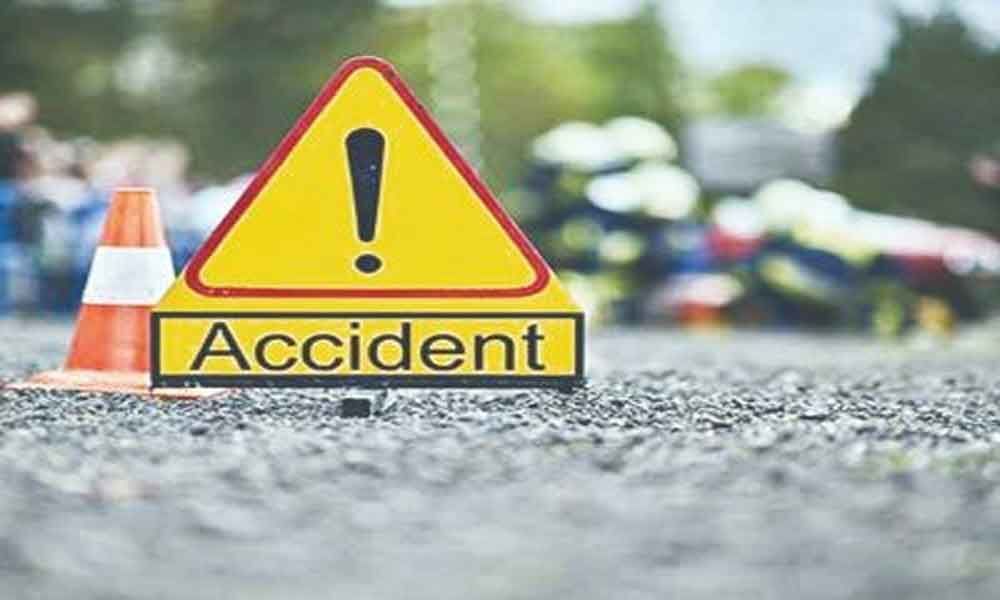 In a tragic incident, a 30-year-old man was killed in a road accident when a car, coming in the opposite direction hit his motorcycle on Punjagutta flyover on Saturday night.

Punjagutta: In a tragic incident, a 30-year-old man was killed in a road accident when a car, coming in the opposite direction hit his motorcycle on Punjagutta flyover on Saturday night. The victim was identified as Mohammed Tajuddin, who belongs to Karimnagar and reportedly working as a journalist in a newspaper.

According to Panjagutta police, the incident occurred when the victim was moving on his bike towards Begumpet from Nagarjuna circle. A car driver rashly drove his vehicle and by losing control, hit the bike in opposite direction.

Due to the impact of the collision, the victim was flung in the air and fell on the service road beneath the flyover and immediately died due to the bleeding injuries. The car driver abandoned the vehicle and fled the scene.

On receiving the information, police rushed to the spot and shifted him in the 108 ambulance to Osmania General Hospital where doctors declared him brought dead. Later, police removed the car and the damaged bike from accident site and regulated the traffic on the flyover. A case has been filed and investigation is on.