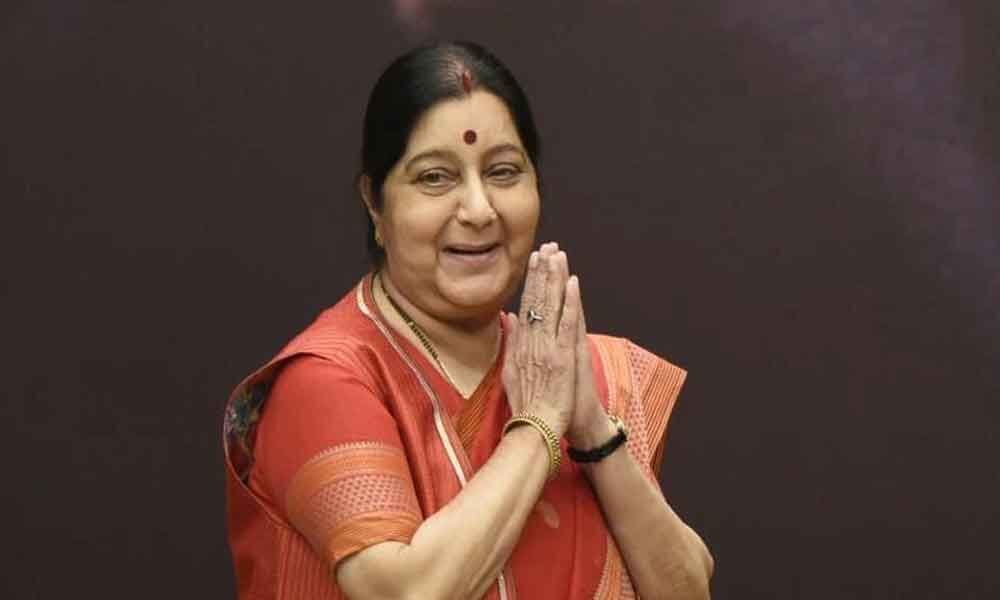 Describing the death of the former External Affairs Minister and BJP senior leader Sushma Swaraj as a great loss to political class cutting across the spectrum and to citizens, irrespective of religious affiliations, MBT on Wednesday felt that hopes of Gulf victims have died with her sad demise.

Chanchalguda: Describing the death of the former External Affairs Minister and BJP senior leader Sushma Swaraj as a great loss to political class cutting across the spectrum and to citizens, irrespective of religious affiliations, MBT on Wednesday felt that hopes of Gulf victims have died with her sad demise.

Speaking to media persons at the party office, MBT spokesman Amjedullah Khan said that as the Minister for External Affairs she worked tirelessly to rescue the Indians struck in different Gulf countries. While terming her demise as great loss for expats from Telangana and AP staying in Gulf, he felt that they would remain indebted to her services.

"It was good experience working with her on these issues, after she took office as External Affairs Minister in 2014. She was very much proactive to help victims particularly women and responded to my tweets immediately. Sometimes victims personally contacted her," he recalled.

Reminding about her resolve to help a victim stranded in Pakistan, Amjed recollected how Sushma Swaraj helped a Hyderabadi, Mohammadi Begum, who was stuck there for 21 years and returned to the city following her intervention in 2018. "She spoke to the victim not once but twice, over phone. She pursued the matter till she reached home and reunited with her parents," he added.

In another case, he remembered how she pursued the matter of an under aged girl who was married to an Omani sheikh, by roping in officials from the police department on this issue.

"Despite being leader from the BJP, she was respected by leaders of Opposition party and loved by women from different religious groups. That was the reason behind people's eagerness to donate kidney when she was suffering from ailment earlier," he recalled.

One of the women, a resident of Saidabad who does not wish to be recognized recalled her tribulations in Dammam, a City in Saudi Arabia before she was helped by Sushma Swaraj. "This great soul helped me overcome the trouble I was facing in foreign land. It is sad to know that she passed away. I feel grateful for her selfless services," she added.