TRS will not meddle with AP politics: KTR 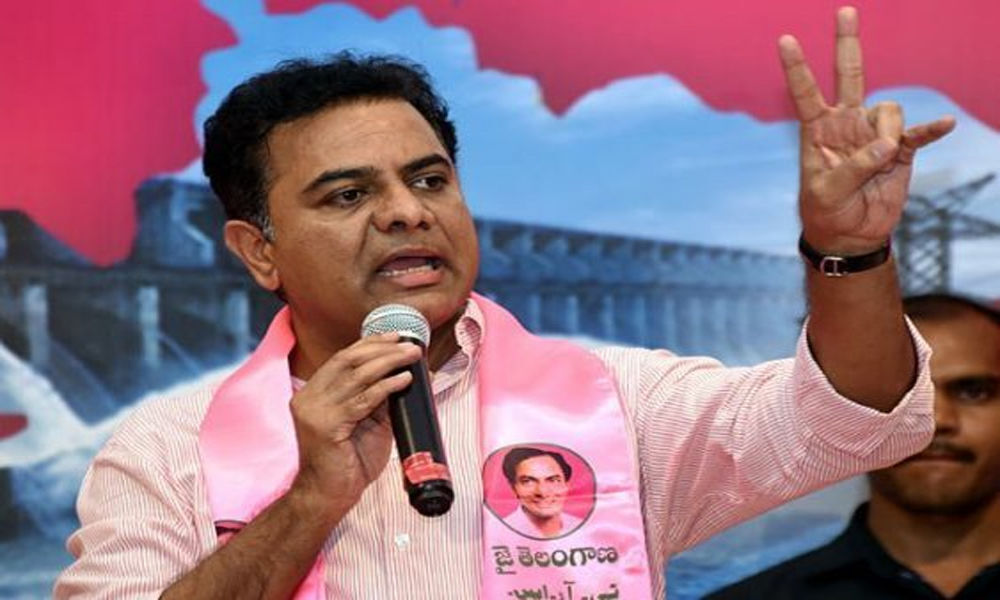 x
TRS will not meddle with AP politics: KTR
Highlights

Contrary to the decision of campaigning in Andhra Pradesh, the TRS party has now decided to stay away from Andhra Pradesh politics. Telangana Rashtra Samithi (TRS) working president K T Rama Rao on Monday said that the TRS has no interest in AP politics.

Hyderabad: Contrary to the decision of campaigning in Andhra Pradesh, the TRS party has now decided to stay away from Andhra Pradesh politics. Telangana Rashtra Samithi (TRS) working president K T Rama Rao on Monday said that the TRS has no interest in AP politics.

In an informal interaction with media, the TRS working president said, "we did not say that we will contest in Andhra Pradesh. We do not have any interest in AP politics. Return gifts can be few times visible and sometimes not. We will give return gift after April 11."

Rama Rao alleged that Chandrababu Naidu was the most opportunist leader in the country. "Can he (Naidu) say that he will not join NDA after elections? He has no stock and has nothing to tell the people what he has done for the people. When he says, Chief Minister K Chandrashekar Rao worked under me, it shows his haughtiness.

He is talking more about KCR than NTR during the last three months," Rama Rao added. Replying to a question on whether the Chief Minister would contest the Lok Sabha election, Rao said that there was no need and added that the TRS chief can pursue national politics by staying in Hyderabad also. After Lok Sabha elections, Chief Minister would unite the non-Congress and non-BJP parties if not he would form national party, he said. The TRS would get more seats than some national parties like CPI and CPM.

The TRS leader countered the argument of Congress leaders on defections stating that why the Opposition party was silent when TRS MLAs were poached. "Our party MP joined Congress in the presence of Rahul Gandhi, they took our Rajya Sabha member D Srinivas and made him meet Sonia Gandhi, took our MLCs also. Did we question them? There cannot be double standards... we will also reply strongly 'Eent ka jawab patthar se denge' (will reply with stones if you throw bricks)," he said.

Rao said that the Federal Front would unite parties which maintain equidistance with the Congress and the BJP such as TMC, BJD, YSRC, SP and BSP. "There is no single party system in the country. Regional parties used to strengthen the national parties but now we are explaining to all parties that it is better to strengthen regional parties," said Rama Rao.

He said that there was no consensus on the Prime Ministerial candidate. "Even in the BJP there are talks of Nitin Gadkari and who knows Priyanka (Priyanka Vadra) may also come up in race," opined Rama Rao. Replying to another question, KTR said that services of AIMIM chief Asaduddin Owaisi would be used wherever necessary.