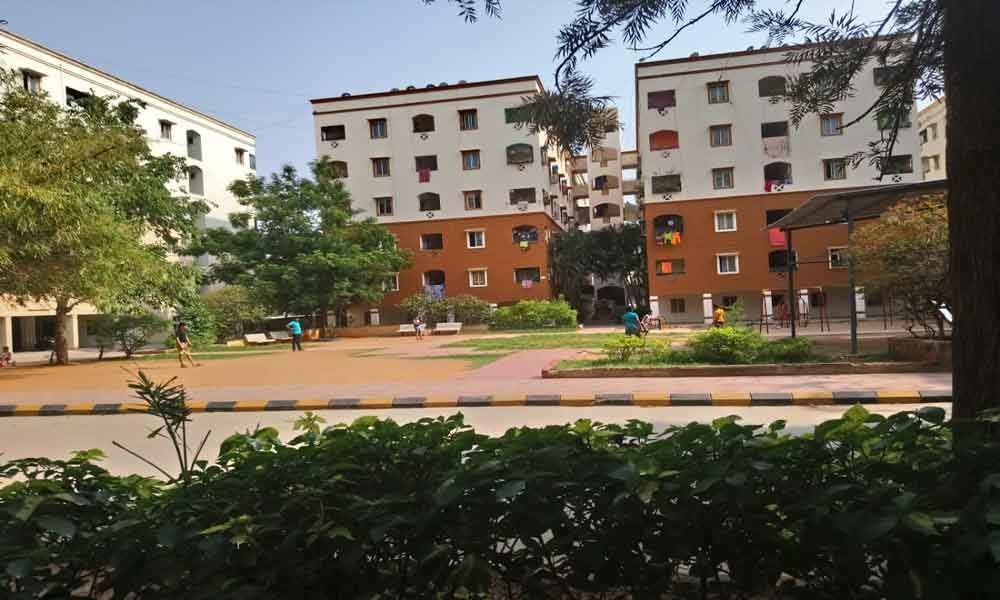 The residents of Silver Springs Colony here are bitter that their routine has been affected due to the meagre one-hour-only water supply during the day.

Quthbullapur: The residents of Silver Springs Colony here are bitter that their routine has been affected due to the meagre one-hour-only water supply during the day. Though several complaints have made to the colony committee and the officials concerned, no steps have been taken to restore normal supply, they rue.

One of the residents, Arvind Kumar, told The Hans India that, "water crisis in this colony is a forever issue, whatever the season it is – summer, rainy or winter. We have to suffer throughout the year and bear it as we own flats here. The situation has worsened with most people staying at home owing to summer holidays. "There is no ample water supply even for cooking in some sort of situations, and we had to buy mineral water and cooked," he added.

"Water crisis in the Silver Springs Colony has become quite unbearable for its residents. We have been suffering a lot due to this problem for the past one year. While many complaints have been lodged, no efforts have been made to give us respite from water woes,'' said Kumar, a resident of the colony.

People living in the colony said water supply for an hour or two for a whole day is not sufficient. Around 500 households in the colony with more than 3,000 residents are forced to buy or fetch water from outside. "We are forced to store water in drums for day-long use as if they do in villages which truly is not acceptable," they said.

"Living in a gated community and a classic colony is a dream for many, because everyone believes such a colony will serve every need. Expecting the same and believing in the promises of the sellers about the services, we bought the flat a few years back and are facing the worst situations now, Before going to office, taking shower has turned a big adventure as no one knows when the shower goes off due to water scarcity," said Abhay, a resident.

"I am a sports lover. The main reason for my family to switch for a colony is that we can have a safe and secure play zone, but here we have basket ball court without net, a playground where we cannot play. At least from now, the committee should concentrate on development in the Colony," says Kishore, another resident.

"Swimming pool in any colony is a major attraction. Though elders show least interest in it, we are young enough to swim and learn how to swim or can just enjoy playing in the pool. We bought these flats for huge amounts, dreaming of enjoying all these facilities. Also, we are paying Rs 1,200 towards maintenance every month. The total collections (from 500 flats) every month would be Rs 6,00,000 or more, and they can use it for this colony development," says group of youngsters in the colony.

Women in the colony, requesting a proper water supply, expect their taps to work at least half of the day, so they can finish their house chores without any difficulties. They said it would be more appreciated if the room for indoor games was facilitated with games or if it is at least maintained neatly. "We can take out little kids there for sometime in holidays," they added.