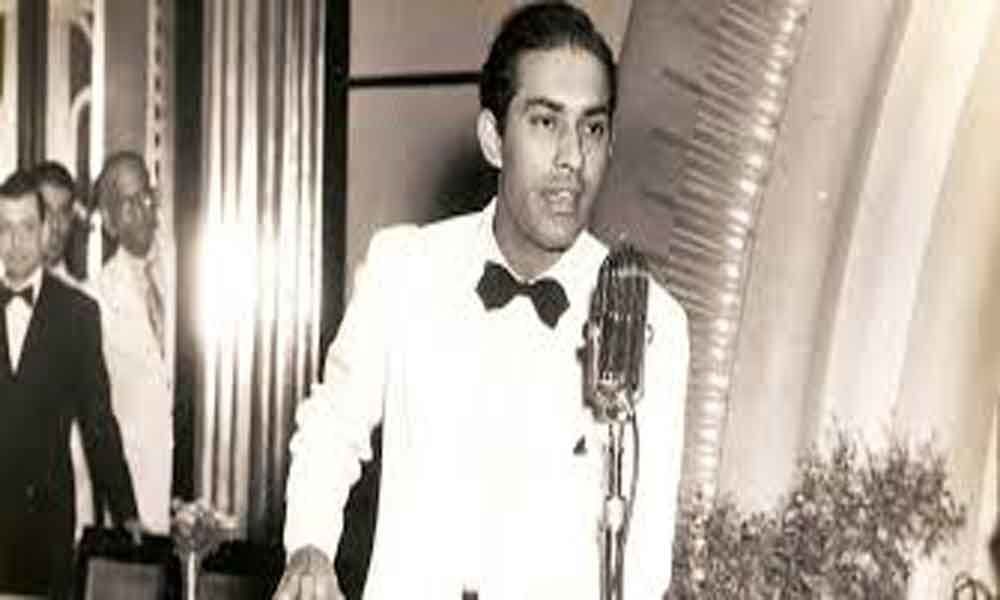 Summer as usual has been sizzling in Hyderabad this year too. Yet, as a soothing effect, the weekend evenings in the city has seen a variety of activities which has been a relief for lovers of art and culture.

Summer as usual has been sizzling in Hyderabad this year too. Yet, as a soothing effect, the weekend evenings in the city has seen a variety of activities which has been a relief for lovers of art and culture.

After its open mic session which it held on May 18, Dakshin Dhwani is gearing up to present ' Zindagi Kaisi Hai Paheli', an evening of Karaoke music honouring the birth centenary of legendary playback singer Manna Dey on Sunday, May 26. Other than the titan, the group is also taking up some popular works of celebrities like Naushad, Anil Biswas ( music directors), Majrooh Sultanpuri ( lyricist) Prakash Mehra ( film director ) and Talat Mahmood ( playback singer) The programme will be a blend of vocal music and screening of audio- visual clips of all those legends whose birth/death anniversaries fall in the month of May.

The event, to be held at Nritya- Forum for Performing Arts is to be organised by Shalini Raakendra, who is among the younger singers of the group. 'This year, we have been lucky to see the birth centenaries of many legends of the yesteryear era. It was Shamshad Begum in April, followed by Manna Dey in May. In the later part of the year, we are likely to see the birth centenaries of Majrooh Sultanpuri in October and Naushad Saab in December'

The sheer joy of spending a few hours soaking in nostalgia, by both listening to and watching vintage cinema hits has kept this group going, despite many visible and invisible pressure points. 'Work load is one and family time is another' say almost all of them. Yet, with its regular staging of events all across the city it has maintained a momentum of its own since June 2017 specifically, despite formally launching themselves as a team of singers in October 2016.

The team comprises young kids as old as seven to enthusiasts who are senior citizens not averse to belting out hit songs with gusto, rehearsing it quite a few times, before they ascend the stage. ' For us, we want to communicate to our niche audience that we are serious in keeping up the musical memories alive and staying true to the original as much as we can' says Prabha Naresh, who is gearing up to pay her tribute to Manna Dey in the forthcoming programme.

A steady build-up in both offline and online media has helped them find regular patrons too over these two years, say the organisers who want it to remain an informal, yet committed group of singers who want to do their best.