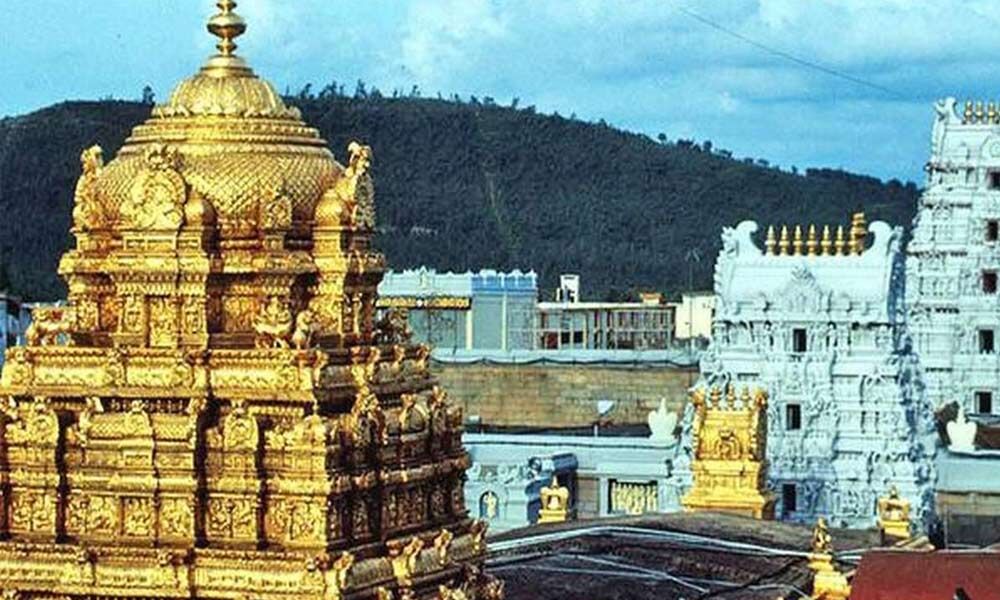 Tirupati: There is no change in darshan timings in the famed Tirumala temple which is continuing as usual after the partial lockdown came into force on Wednesday.

Most of the temples in the state curtailed the darshan time for devotees following the government declaring lockdown from Wednesday.

Tirumala temple sources said that all the predawn and other rituals are being held as usual while devotees who booked darshan tickets in advance will be allowed daily as per their time slot for darshan of the Lord.

All the vehicles of the pilgrims holding darshan tickets will be allowed at the toll gate, the entry point to Tirumala at Alipiri, down the hills, with no restriction after 12 pm also, TTD sources said.

However, all the shops in Tirumala were closed at 12 pm following the curfew orders issued by the government leaving the pilgrims solely depend on free good being provided at Annaprasadam complex and drinking water from Jalaprasadam free safe drinking water supply bring provided by TTD at various points - guest houses queue lines etc. Meanwhile, the number of pilgrims had darshan of Lord came down to 4,723 on Tuesday, the lowest after the shrine was thrown open for darshan in June last year's after closed for three months due to nationwide lockdown imposed to contain Covid.

The pilgrim city looks deserted with all shops, businesses and private establishments closed at 12 noon following the government orders.

The state transport APSRTC also suspended its services including state and inter-state while private transport including autos and taxis were also off the roads due to partial lockdown imposed by the government.