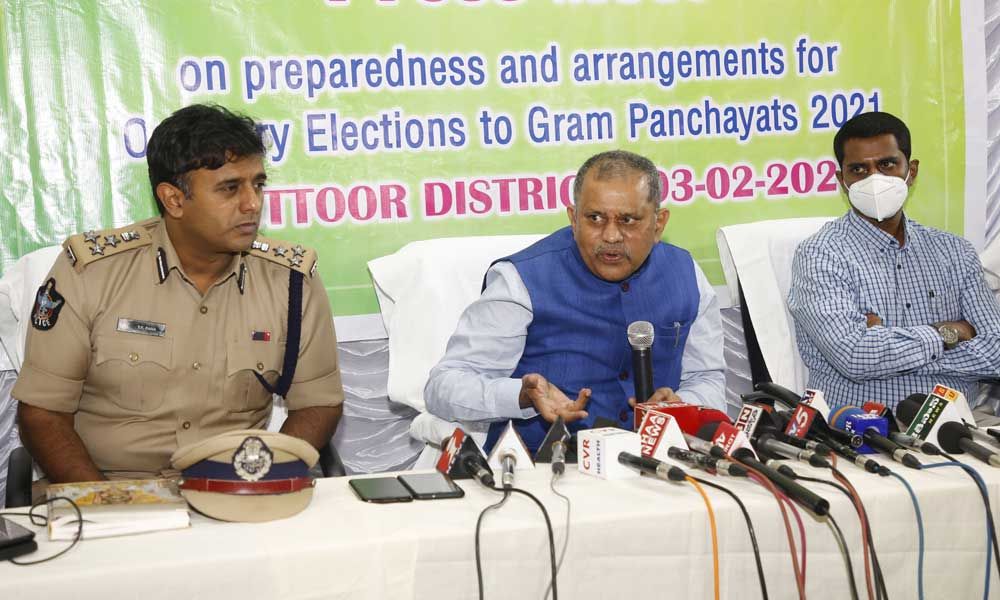 Andhra Pradesh State Election Commissioner Nimmagadda Ramesh Kumar asserted that the elections to gram panchayats will be held in a free and fair manner with the cooperation of all district officials.

Tirupati: State Election Commissioner Nimmagadda Ramesh Kumar asserted that the elections to gram panchayats will be held in a free and fair manner with the cooperation of all district officials. He held a review on the preparedness and arrangements for local body polls at SV University Senate hall in Tirupati on Wednesday evening.

Later, addressing the media, the SEC said that the district officials have assured him that they will strive for conducting the polls in a congenial atmosphere as a retirement gift to him who is going to retire in March. "It is my duty to create confidence in the poll process by conducting fair polls for which all officials have to cooperate or else they will be made to fall in line. Unanimous elections are not new but the commission will focus on the forcible acts in making the elections unanimous", he averred.

The SEC has introduced an app called 'e-watch' for vigilance on the poll process in which a number will be given to each complaint which will go to both to him as well as the district collector. Major complaints will be addressed by them and a reply also will be sent to the complainant, he explained.

The SEC has complimented the district officials including the medical and health department for their effective Covid management to which the number of cases have steeply fallen now.

Meanwhile, TDP Punganur constituency in charge Aneesha Reddy submitted a memorandum to the SEC against the minister for panchayat raj Peddireddi Ramachandra Reddy alleging that the minister has been threatening TDP cadres that red sanders smuggling cases will be filed against them if they file nominations in the local body polls. The SEC said that the SP was asked to look into the matter.