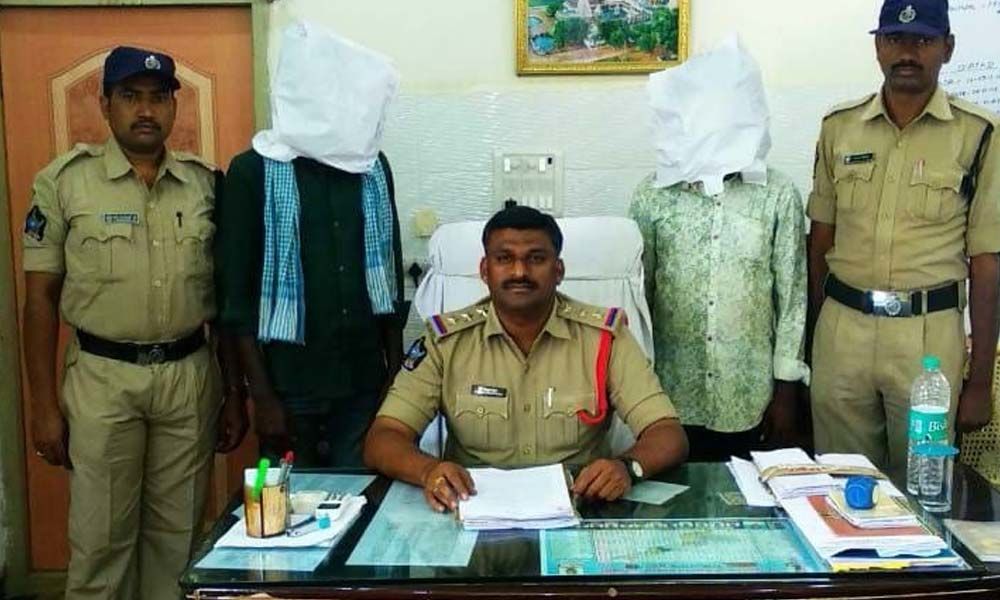 Kurnool: Nandyal rural police have arrested two persons in connection with a murder case, on Saturday. The CI, M Mallikarjuna said that the accused, B...

Kurnool: Nandyal rural police have arrested two persons in connection with a murder case, on Saturday. The CI, M Mallikarjuna said that the accused, Bodenna of Iyyaluru Metta and Subbarayudu of VC Colony and the deceased Dalavai Prasad (26) were doing animals (pigs) transportation business.

The three were having a dispute with regard to their business. Bodenna and Subbarayudu joined together and hatched a plan to eliminate Dalavai Prasad. They took Prasad with them on the pretext of a business deal from his residence on March 9. They hacked Prasad between Eernapadu and A Koduru on the way to Bandi Atmakur and threw the body in the nearby bushes, stated the CI.

When Prasad did not return in the evening his wife Sujatha lodged a complaint providing details about the two persons. Based on the complaint, a missing case was filed. While searching, the police have detected the body in the bushes. Sujatha had identified the body to be that of her husband. The missing case later changed to murder case by including the names of Bodenna and Subbarayudu.

The police arrested the accused at Sai Baba temple on Kurnool-Kadapa highway on Saturday. During interrogation they have confessed of committing the crime. Case under relevant sections has been filed and the two were sent to remand, added the Circle Inspector, M Mallikarjuna.