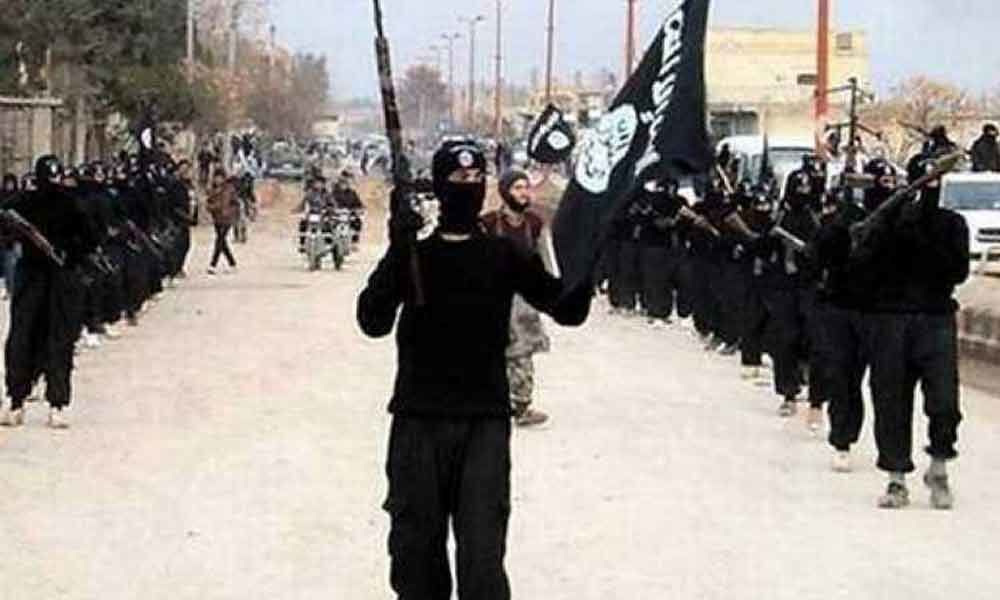 London: The UK government on Monday announced a fresh crackdown on its nationals travelling to ISIS territory in Syria as it revealed that Britain's security forces had foiled 19 major terror attacks in the past two years.

In a speech on national security at Scotland Yard headquarters in London, UK Home Secretary Sajid Javid warned British nationals to leave conflict-ridden territories or risk a jail term of up to 10 years, effectively imposing a ban on travel to Idlib and the northeast of Syria under new powers to tackle suspected terrorists.

"Each and every day, our security services fight against terror - from large international terrorist groups, to radicalised individuals. In the past two years, they have foiled 19 major terrorist attacks - 14 of them Islamist, and five of them motivated by extreme right-wing ideologies," said Mr Javid, the UK's senior-most Pakistani-origin minister.

"And despite this impressive work, the tempo of terrorist activity is increasing," he warned.

Laying out details of the UK's new Counter-Terrorism and Border Security Act, he unveiled powers to "designate" a region anywhere in the world and make it an offence for British nationals to be there.

He said: "I've asked my officials to work closely with CT (Counter-Terrorism) policing and intelligence agencies to urgently review the case for exercising this power in relation to Syria, with a particular focus on Idlib and the North East."

"So, anyone who is in these areas without a legitimate reason should be on notice. I can also see that there may be a case in the future for considering designating parts of West Africa."

The Act follows the high-profile case of Bangladeshi-origin British schoolgirl Shamima Begum, who had travelled to the ISIS-controlled region over four years ago before discovery in a detention camp earlier this year. She has since been stripped of her British citizenship and her London-based family has launched a legal bid to bring her back.

"Deprivation is never a step that is taken lightly...When we assess that someone poses a real threat, we will work to stop them from returning. Sometimes to do that I have to deprive people of their British nationality," said Mr Javid.

If the Syrian regions are designated under the new UK act, Britons detained by the Syrian Defence Forces will be deemed unable to leave and return to the UK. A person already in a designated area at the time of designation will not commit an offence if they leave the area within one month of such an order being made.

Other exemptions have been written into the legislation, passed by the UK Parliament last month, to protect those who have a legitimate reason for being in a designated area or conducting research online, such as journalists.

As part of a package of security measures, Mr Javid also announced the appointment of Barrister Jonathan Hall as the Independent Reviewer of Terrorism Legislation.

"With the threat from terrorism continuing to evolve and diversify, it is vital we have robust oversight to ensure our counter-terrorism laws are fair, necessary and proportionate," said Mr Javid.

As part of the new role, Hall will be required to provide an annual report on his findings which the government must lay before Parliament and publish.

The minister stressed on the need for a global effort to fight terror as groups like Al Qaeda and ISIS continue to pose a threat.

He said: "Of all the terrorist plots thwarted by the UK and our Western allies last year, 80 per cent were planned by people inspired by the ideology of Daesh (ISIS), but who had never actually been in contact with the so-called Caliphate. And just as its fighters were drawn from every corner of the world, including too many Brits, we have taken an international response to this menace."

Mr Javid's speech also revealed a planned crackdown on hostile spying activity, with plans in the works for foreign spies to add their names to a register as part of a new Espionage Bill.

"I have also asked my officials to consider the case for updating treason laws. Our definition of terrorism is probably broad enough to cover those who betray our country by supporting terror abroad. But if updating the old offence of treason would help us to counter hostile state activity, then there is merit in considering that too," he said.