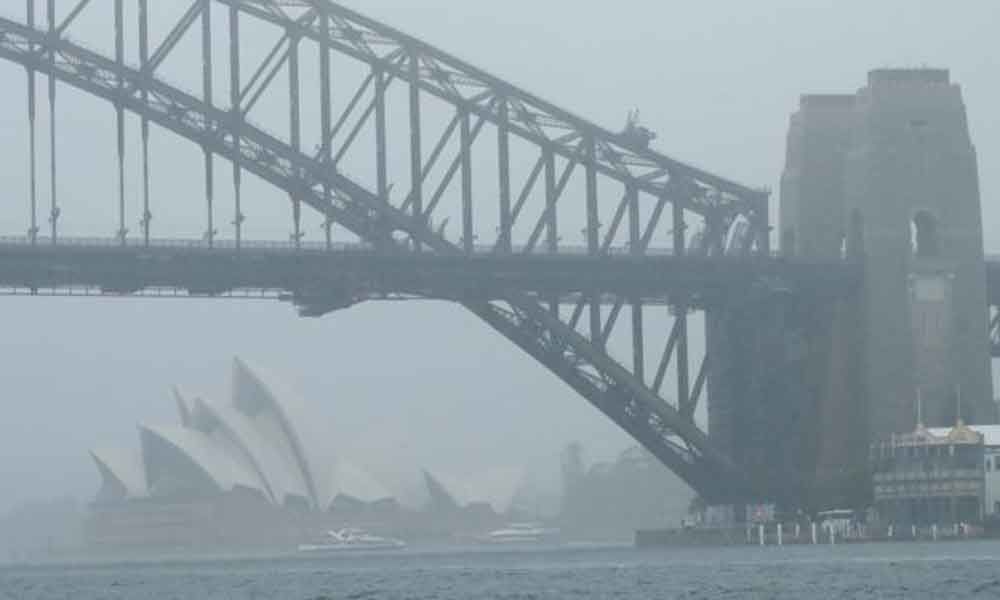 Australia's bushfire-ravaged east coast was lashed by heavy rain on Friday, prompting authorities to issue flood warnings for the region.

Sydney:Australia's bushfire-ravaged east coast was lashed by heavy rain on Friday, prompting authorities to issue flood warnings for the region.

In the midst of the worst drought on record, the huge downpour has been predicted to continue for at least a week, bringing relief to the long-suffering communities, reports Xinhua news agency.

"A coastal trough near the northern and central New South Wales (NSW) coast is bringing increased rainfall and other severe weather to the area," the Bureau of Meteorology said in a forecast.

"This trough is expected to deepen and gradually shift southwards, increasing rainfall and bringing dangerous winds and surf conditions along the central and southern parts of the coast and adjacent ranges during the next few days."

Thunderstorm activity or the formation of mesoscale lows embedded within the coastal trough are possible, according to the forecast.

In the tourism hotspot of Byron Bay, the town received over 250 mm of rain in less than 24 hours -- the heaviest single-day rainfall since 2002.

With severe flooding blanketing several north coast areas of the state, the NSW Emergency Service (SES) said they had received over 600 calls for assistance already.

"We've got our rescue crews right up and down the coast because we know this event will really go border to border," SES Assistant Commissioner Paul Bailey told the Australian Broadcasting Corporation.

"We put crews in those areas where we traditionally have problems with people driving into flood waters."

While there are still around 40 fires burning across NSW, it's hoped that the sustained downpour will finally bring a halt to Australia's wildfire season which has claimed the lives of 34 people, destroyed over 3,000 homes and burnt around 18.6 million hectares of land.

Although the rain is mostly being seen as good news, authorities are also warning that fire-damaged areas are at extreme risk of flooding.

"In some places there is not a lot of vegetation around to stabilize the slopes," said the Bureau of Meteorology's acting NSW State Manager Jane Golding.

"The debris may build up in the rivers and when it gets pushed along, that elevates the risk of flash flooding down the rivers," Golding said.

Along Australia's west coast in the remote region of the Pilbara, residents are being urged to prepare for a category-four cyclone with winds of around 230 km per hour.

The biggest storm system to hit the region in seven years, tropical cyclone Damien is expected to make landfall sometime on Saturday evening between Port Hedland and Onslow.