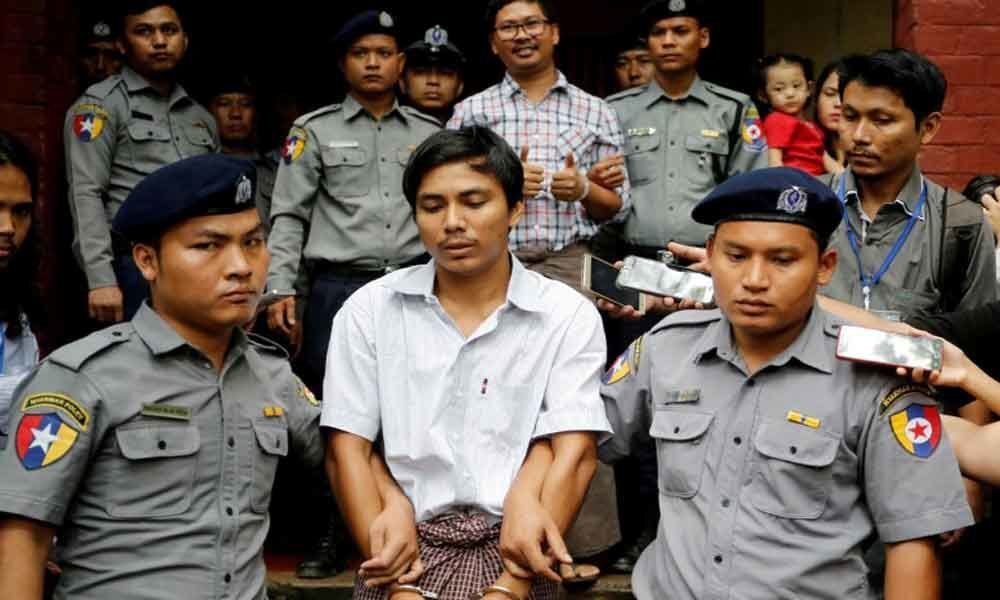 Myanmar’s Supreme Court will rule on Tuesday on an appeal of two Reuters journalists imprisoned for breaking a colonial-era official secrets law, in a case that has raised questions about the country’s transition to democracy.

YANGON:Myanmar's Supreme Court will rule on Tuesday on an appeal of two Reuters journalists imprisoned for breaking a colonial-era official secrets law, in a case that has raised questions about the country's transition to democracy.

Wa Lone, 33, and Kyaw Soe Oo, 29, have spent more than 16 months in detention since they were arrested in December 2017 while working on an investigation into the killing of 10 Rohingya Muslim men during a military crackdown in the western part of the country.

The Supreme Court, the highest court in Myanmar, listed the journalists' case on its website and Facebook page on Saturday.

The government has said they had been found in possession of secret documents that could have harmed national security.

Outlining their grounds of appeal in March, the reporters' lawyer, Khin Maung Zaw, cited lack of proof of a crime and evidence that the pair were set up by police. A policeman told a lower court last year that officers had planted secret documents on the two reporters.

A district court judge in Yangon found the two journalists guilty under the Official Secrets Act last September and sentenced them to seven years in prison. The Yangon High Court rejected an earlier appeal in January.

The reporters' imprisonment has sparked an outcry from press freedom advocates, Western diplomats, and world leaders, adding to pressure on Myanmar leader Aung San Suu Kyi, the Nobel laureate who took power in 2016 amid a transition to military rule.

The investigation that the journalists were working on was completed by colleagues and published in 2018. Last week it was awarded the Pulitzer prize for international reporting.