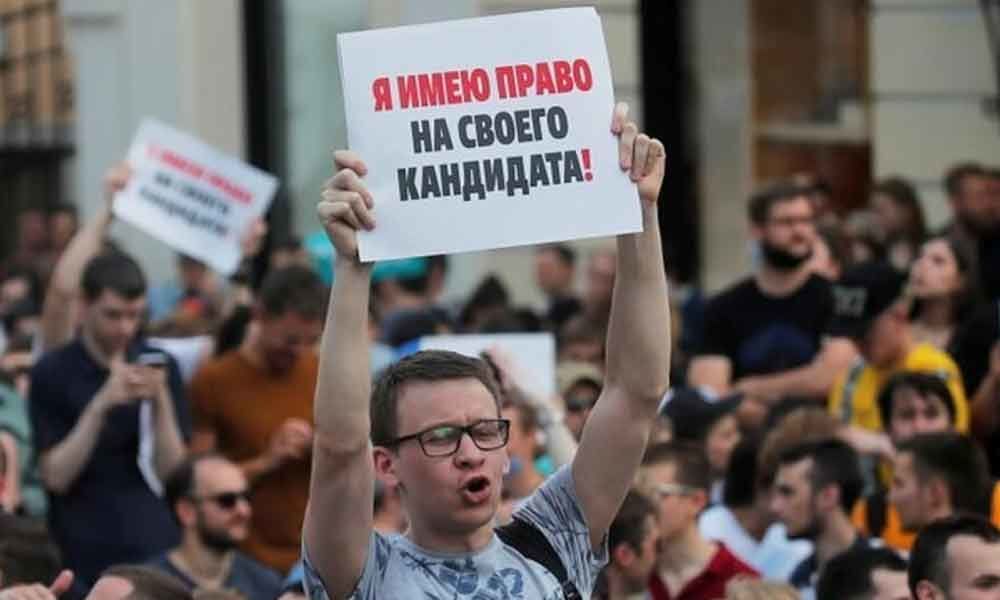 Moscow : The Russian opposition vowed to stage another mass rally Saturday despite increasing pressure from authorities, who arrested nearly 1,400 people at a protest last week and have launched a criminal probe into the movement.

The march along Moscow's leafy boulevards will be the latest in a series of demonstrations after officials refused to let popular opposition candidates run in next month's city parliament elections.

The local issue has boiled over into one of the worst political conflicts of recent years, with rallies of up to 22,000 people and police violence against demonstrators.

Over 6,000 people said on Facebook they would take part in the march along Moscow's so-called Boulevard Ring on Saturday to "bring back the right to elections".

Officials say candidates were disqualified because they forged the necessary signatures.